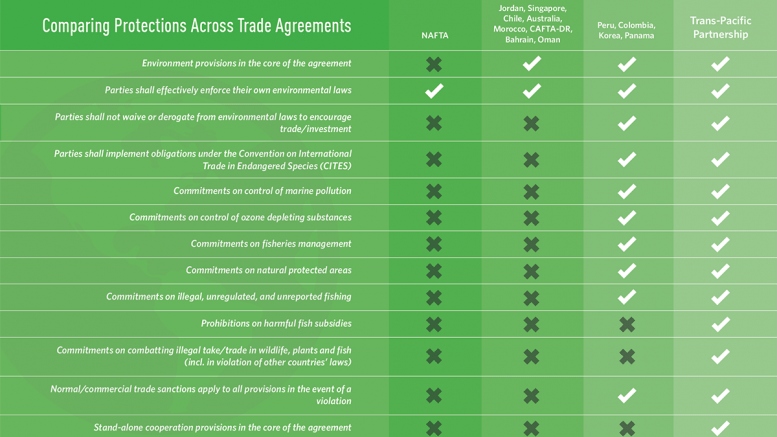 Negotiations have been completed on the controversial Trans-Pacific Partnership Agreement (TPP), establishing comprehensive regulations across 12 Pacific Rim nations, an area representing 40 percent of the global economy.

Since President Obama achieved Fast Track Authority from Congress earlier this year, the next step toward enactment is submission of the TPP document for a straight up-or-down vote with no amendments or other changes permitted. In the meantime, the actual TPP text will be made public for a period of 60 days.

Public and Congressional debate promises to be the most contentious in modern times, far surpassing the choleric that preceded the implementation of the North American Free Trade Agreement (NAFTA) under President Bill Clinton in 1994.

However, one aspect of TPP that is already being ignored is its tight synchronization with the United Nations’ recent enactment of its 2030 Agenda to implement Sustainable Development on a global scale. This will be further enhanced by the upcoming completion of the Trans-Atlantic Trade and Investment Partnership (TTIP) that is still under negotiation.

The current U.S. Trade Representative (USTR) and lead TPP architect is Michael Froman. The USTR is a member of the President’s Cabinet and as such, is Obama’s first and last authority on matters of international trade. On the USTR’s official blog, Tradewinds, Froman states,

My point is this: The United Nations conned the world into thinking that Agenda 21 and now its 2030 Agenda are somehow voluntary for implementation. In fact, Agenda 21 critics have been consistently lambasted with the rebuttal that nothing has ever been forced down anyone’s throat on a local, regional or national level – it’s just a voluntary program.

Hogwash. Such critics just haven’t been following the bouncing ball. Whatever may be couched as voluntary by the U.N. is fully enforceable by Trade Agreements.

While NAFTA and CAFTA (Central American Free Trade Agreement) were relatively light on environmentalism, the TPP majors in it. In fact, it is the most comprehensive statement on environmental regulations, enforcement and penalties in the history of all U.S. agreements and treaties.

We should not be surprised at this. On May 6, 2009 President Obama stated at the Proclamation of World Trade Week, “The United States and our trading partners stand to gain when trade is open, transparent, rules-based, and fair, showing respect for labor and environmental standards.” [Emphasis added]

Indeed. The debate will now rage over whether the TPP is open, transparent and fair, but let’s not forget that it also intends to be become a major enforcement tool for the United Nations implementation of its 2030 Agenda and Sustainable Development throughout the world.

And No, it is not voluntary. Whoever would dare to focus on the U.N.’s velvet hammer of volunteerism will soon get clobbered by the iron anvil of global trade regulations and their harsh system of enforcement. Ignore that at your own risk.

Patrick Wood is an author and lecturer on elite globalization policies since the late 1970s. He is co-author with the late Antony C. Sutton of Trilaterals Over Washington, Volumes I and II. His latest book, Technocracy Rising: The Trojan Horse of Global Transformation, focuses on the role of science and technology in the quest for global domination, and the elite who are perpetrating it. It is also available on Amazon.com.

Please attribute this article to Patrick Wood at www.Technocracy.News

Not in my America, we will fight them to the bitter end. We already are stockpiling weapons and Ammo, all militia,s on alert.