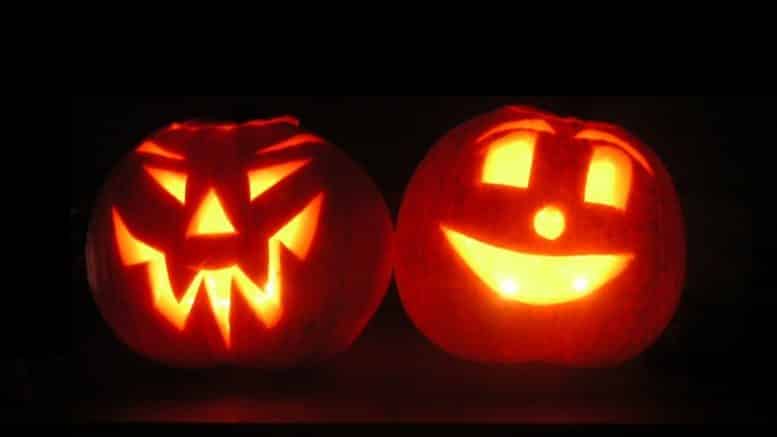 TN Note: So, we now suppose that pumpkins are bad enough in themselves, but to add insult to injury, we all put candles inside of them at Halloween, which produces even more carbon dioxide. That’s really scary.

How scary are your jack-o’-lanterns? Scarier than you think, according to the Energy Department, which claims the holiday squash is responsible for unleashing greenhouse gases into the atmosphere.

Most of the 1.3 billion pounds of pumpkins produced in the U.S. end up in the trash, says the Energy Department’s website, becoming part of the “more than 254 million tons of municipal solid waste (MSW) produced in the United States every year.”

Municipal solid waste decomposes into methane, “a harmful greenhouse gas that plays a part in climate change, with more than 20 times the warming effect of carbon dioxide,” Energy says.

What’s a Halloween-loving pumpkin carver to do?

Turn that pumpkin in to … energy?

Municipal solid waste can be used to harness bioenergy, the Energy Department says, which can help the U.S. become less dependent on carbon-based fuels while limiting stress on landfills by reducing waste. The agency has partnered with industry to develop and test two integrated biorefineries — “facilities capable of efficiently converting plant and waste material into affordable biofuels, biopower and other products.”