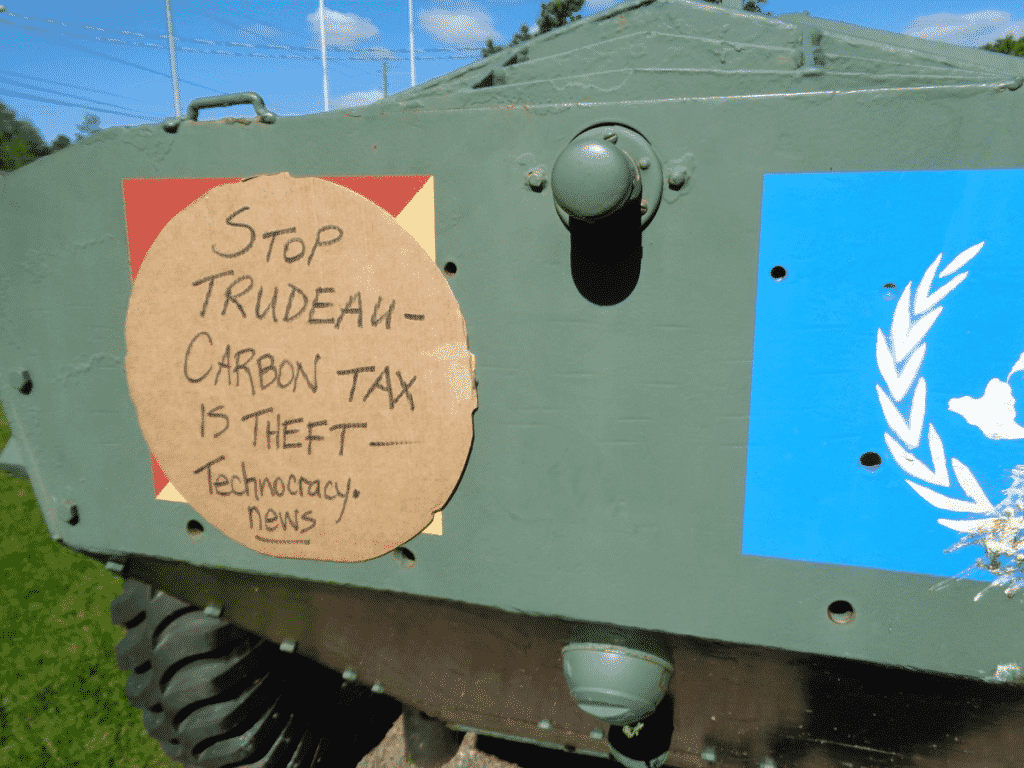 Canadians who see through Technocrat PM Justin Trudeau’s carbon tax are getting some traction to spread the protest to a wider audience. Carbon tax is a disingenuous fraud that takes money from citizens and gives it to globalist cronies. ⁃ TN Editor

Not so long ago, Justin Trudeau’s energy strategy looked so simple. It rested on a Grand Bargain. Canada would build a pipeline or two, and the citizens would do penance in the form of carbon taxes that would reduce greenhouse gas emissions. Everybody –environmentalists, the oil industry and right-thinking Canadians – would be happy.

Today, that bargain is looking mighty shaky. Opponents of Trans Mountain aren’t interested in it. Alberta’s Premier, Rachel Notley, will probably lose her job next year because she has delivered carbon taxes but no pipeline. Her nemesis, Jason Kenney, is planning to abolish the carbon tax as soon as he beats her (as is likely). He points out that it has utterly failed to secure a social licence for pipelines. “Very expensive political theatre for Albertans,” he calls it. And now, the anti-carbon-tax crusader Doug Ford could well become premier of Ontario. It’s hard to see how Mr. Trudeau will impose his grand bargain on the provinces if Alberta and Ontario are in open revolt.

So what about the rest of us? Liberals, environmentalists and economists tell us carbon taxes are a virtually painless way to get us to act virtuously, by cutting down on fossil fuels. They are a good tax. Unfortunately, too many of us don’t like them anyway. As Mr. Ford likes to say whenever he has a chance, “A tax is a tax is a tax.”

Carbon taxes are allegedly revenue-neutral because the money is returned to taxpayers in the form of rebates or offset by lower taxes elsewhere. But the reality is different. In fact, governments can’t keep their greedy mitts off the money. Even the model province of British Columbia is now diverting part of its provincial carbon tax to fund tax credits for preferred groups, such as filmmakers. In Alberta, only about a quarter of the amount raised by the carbon tax is rebated to taxpayers.t Sadly, there is a vast difference between the pure world of economic models and the grubby world of politics.

Another problem with carbon taxes is that you can’t possibly make them high enough to be effective. If you did you’d be voted out of office. Mr. Trudeau’s national carbon pricing scheme would start at $10 a ton, going up to $50 by 2022 – enough to be a nuisance, but not nearly enough to affect consumer behaviour in any meaningful way. Achieving real behavioural change, say environmental economists, would cost many times more. According to Simon Fraser University economist Mark Jaccard, carbon taxes can only have real impact if governments also introduce a bunch of costly and heavy-handed regulations.

In other words, carbon taxes can’t save the planet. Despite what politicians tell you, they basically amount to useless virtue-signalling. But Mr. Trudeau, Ms. Notley and Environment Minister Catherine McKenna aren’t going to tell you this because they want you to believe they have a plan and that the plan will work.

As the date for Mr. Trudeau’s carbon tax gets closer, taxpayers might start asking an even more basic question: What difference will this make in the big scheme of things? As India and China and the whole developing world ramp up energy use, and the U.S. extracts more fossil fuel than ever in its history, why are we getting this darn tax?