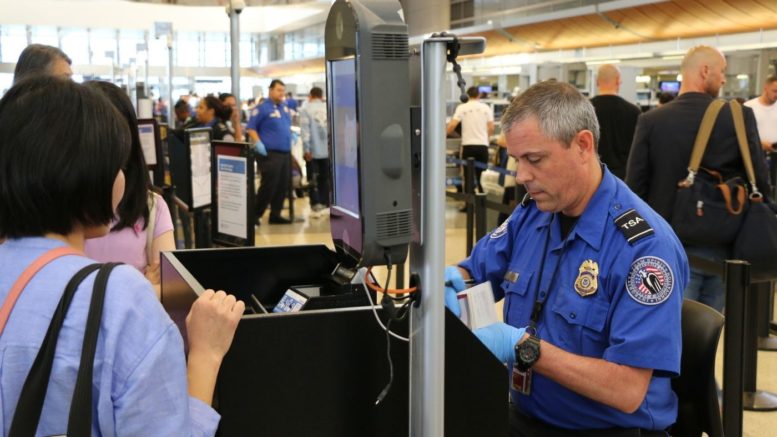 “Your papers, please.” Thus far, TSA is failing miserably on implementing biometric identification systems at U.S. airports. While there is no doubt that some bad actors will be caught with a perfect system, it is a gross violation of the Constitution to collect data on every citizen or traveller. ⁃ TN Editor

The U.S. Customs and Border Protection agency is expected to complete a 30-day test next month of the use of facial recognition technology to screen international travelers at Los Angeles International Airport.

The Department of Homeland Security hopes to use facial recognition to better track and record the approximately 1 million foreign travelers who each year enter and exit the country, with about 300,000 traveling by air.

During the pilot programs at airports in Boston, Houston, New York and Atlanta, travelers were photographed as they prepared to board planes. The cameras used facial recognition technology to match up the faces of departing travelers with data collected by the federal government on each foreign national who enters the country.

When photos were taken of travelers whose images were already in the government system, the system matched the images 98% of the time, according to the audit. But airport screeners couldn’t always take photos of the passengers because of “poor network availability, a lack of dedicated staff and compressed boarding times due to flight delays,” according to the audit. As a result the overall “biometric confirmation” rate was 85%, the audit said.

The audit also blamed poor quality of digital images for difficulty matching travelers under the age of 29 and over the age of 70. In addition, the system had more difficulty matching certain nationalities — specifically U.S. citizens, Mexicans and Canadians — because the government’s “digital gallery” had fewer photos of those nationalities than of other foreign travelers, the audit said.