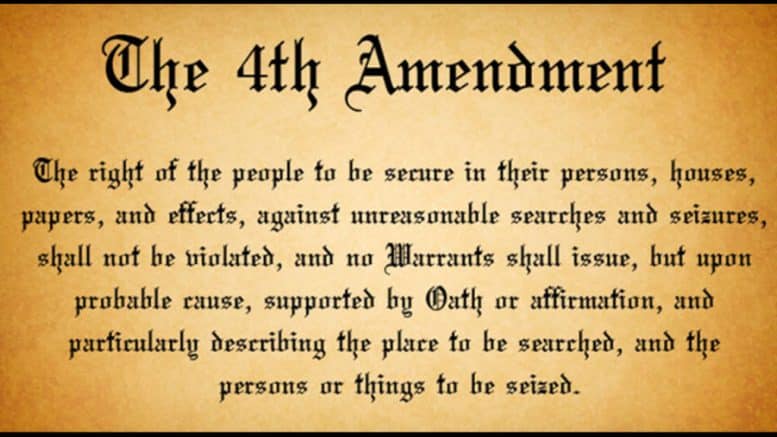 The Fourth Amendment is clear: “The right of the people to be secure in their persons, houses, papers, and effects, against unreasonable searches and seizures, shall not be violated, and no Warrants shall issue, but upon probable cause, supported by Oath or affirmation, and particularly describing the place to be searched, and the persons or things to be seized.” Technocrats hate the U.S. Constitution.  ⁃ TN Editor

Ever since Edward Snowden revealed the extent to which the U.S. government searches and reads the email of millions of people — and the complicity of telecom and tech companies in the effort — demands that the massive surveillance program be reined in have been intense across party lines.

Yet with the imminent expiration of the legal authority that allows law enforcement to monitor the email of foreigners and many Americans, lawmakers are no closer to overhauling the surveillance process than they were when Snowden, the now-fugitive former National Security Agencycontractor, sought asylum in Russia four years ago.

Congress is paralyzed on the contentious national security challenge. Lawmakers appear most likely to throw their hands up and leave in place, for now, the machinery of online surveillance by extending the Dec. 31 expiration date of the existing authority, potentially for years.

Lawmakers have burned endless hours trying to find a fix aimed at easing public concerns that the program has grown evermore Orwellian. The tech industry worries that American government snooping will motivate clients to move their business abroad. Yet they can’t agree on a solution. Civil libertarians on the right and left who demand searches be limited and accompanied by warrants clash with national security hawks who say any such modifications would endanger Americans.

The pressure from law enforcement to keep the program unchanged has been strong.

“We need every tool and every authority we’ve got to keep people safe,” FBI Director Christopher Wray said at a House Judiciary Committee hearing last week. “I would implore the committee and the Congress not to begin rebuilding the wall that existed prior to 9/11.”

The Trump administration has signaled that even if Congress fails to act, an obscure legal ruling could allow it to keep the program in place for at least several months. Those negotiating the issue on Capitol Hill now anticipate Congress will just grant a two-year extension of the status quo. It would be tacked on to the budget bill Congress must pass this month to keep government open. Lawmakers would have little choice but to approve it.

A broad coalition of civil rights, internet freedom and free market advocacy groups is warning lawmakers that punting will have consequences.

“This is an issue that concerns people across party lines, and they want Congress to have this debate,” said Neema Singh Guliani, legislative counsel for the ACLU. “They don’t want something snuck through at the last minute without vetting.”