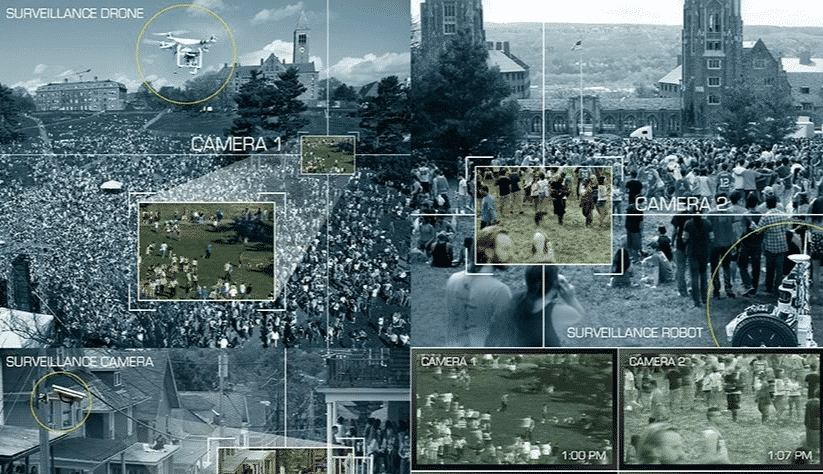 “When this sort of technology is fitted into cameras which can communicate with each other, you can basically wave goodbye to any sort of privacy because it will let spooks, cops and even corporations follow your every move.” ⁃ TN Editor

The U.S. Navy is funding the development of a new super-surveillance system which uses robots to snoop on humans in terrifying detail.

It has handed a $1.7 million (£1.4 million) grant to researchers from Cornell University, who are working to build a system which can “conduct surveillance as a single entity with many eyes”.

The cash was handed over by the U.S. Office of Naval Research, which is dedicated to developing new forms of military and civilian technology.

Last year, we exclusively revealed that the same department discussed plans to fit humans with microchips and track their every move.

Now it wants to develop a system which lets teams of surveillance robots gather and share intelligence “at the speed of light”.

“Once you have robots that cooperate you can do all sorts of things,” said Kilian Weinberger, associate professor of computer science.

The team suggested the new technology “might help when teams of robots relieve humans of dangerous jobs like disposing of landmines, cleaning up after a nuclear meltdown or surveying the damage after a flood or hurricane”.

It could also be taught to spot people behaving suspiciously, such as someone who has placed a backpack on the floor and walked away.

The Navy is likely to want to fit the technology into drones.

Of course, one of the main things this sort of system could really do is is spy on people.

The Cornell team’s technology will ultimately allow multiple robots to “identify objects and track objects and people from place to place”.

This will draw on the team’s expertise in “computer vision”, the name for a discipline dedicated to teaching camera-fitted robots to observe the world and understand what’s going on in front of them.

Facebook’s artificial intelligence chief, Yann LeCun,  is one of the world’s leading expert in this field.