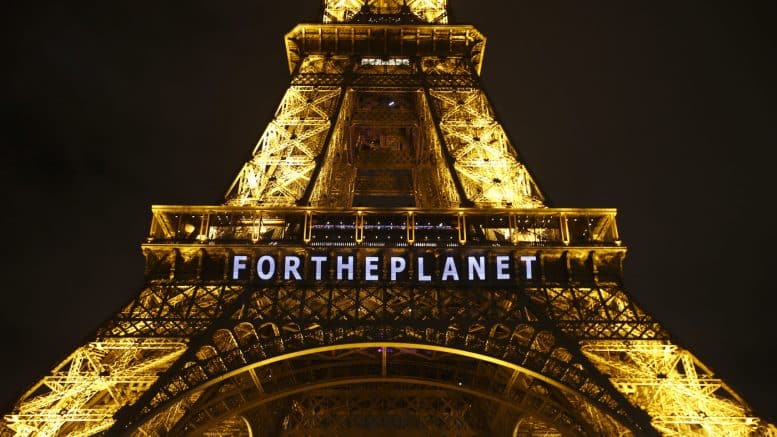 Please Share This Story!
PDF 📄
The UN head of climate change who engineered the Paris Climate Deal, Christiana Figueres has said plainly that their goal is to replace Capitalism and Free Enterprise with Sustainable Development. Figueres stated in a 2015 press conference, “This is the first time in the history of mankind that we are setting ourselves the task of intentionally, within a defined period of time to change the economic development model that has been reigning for at least 150 years, since the industrial revolution.” ⁃ TN Editor

Global Hot Air: Here’s a United Nations climate report that environmentalists probably don’t want anybody to read. It says that even if every country abides by the grand promises they made last year in Paris to reduce greenhouse gases, the planet would still be “doomed.”

When President Obama hitched America to the Paris accords in 2016, he declared that it was “the moment that we finally decided to save our planet.” And when Trump pulled out of the deal this year, he was berated by legions of environmentalists for killing it.

But it turns out that the Paris accord was little more than a sham that will do nothing to “save the planet.”

According to the latest annual UN report on the “emissions gap,” the Paris agreement will provide only a third of the cuts in greenhouse gas that environmentalists claim is needed to prevent catastrophic warming. If every country involved in those accords abides by their pledges between now and 2030 — which is a dubious proposition — temperatures will still rise by 3 degrees C by 2100. The goal of the Paris agreement was to keep the global temperature increase to under 2 degrees.

Eric Solheim, head of the U.N. Environment Program, which produces the annual report, said this week that “One year after the Paris Agreement entered into force, we still find ourselves in a situation where we are not doing nearly enough to save hundreds of millions of people from a miserable future. Governments, the private sector and civil society must bridge this catastrophic climate gap.”

The report says unless global greenhouse gas emissions peak before 2020, the CO2 levels will be way above the goal set for 2030, which, it goes on, will make it “extremely unlikely that the goal of holding global warming to well below 2 degrees C can still be reached.”

Not to worry. The UN claims that closing this gap will be easy enough, if nations set their collective minds to it.

But this is a fantasy. The list of what would need to be done by 2020 — a little over two years from now — includes: Boosting renewable energy’s share to 30%. Pushing electric cars to 15% of new car sales, up from less than 1% today. Doubling mass transit use. Cutting air travel CO2 emissions by 20%. And coming up with $1 trillion for “climate action.”

Oh, and coal-fired power plants would have to be phased out worldwide, starting now.

According to the report, “phasing out coal consumption … is an indispensable condition for achieving international climate change targets.” That means putting a halt to any new coal plants while starting to phase out the ones currently in use.

Good luck with that. There are currently 273 gigawatts of coal capacity under construction around the world, and another 570 gigawatts in the pipeline, the UN says. That would represent a 42% increase in global energy production from coal. Does anyone really think developing countries who need coal as a cheap source of fuel to grow their economies will suddenly call it quits?

Bogus. Climate Change contributed to CO2 gases? On some level perhaps, but if the you want to control Climate Change then the Climate Manipulation Programs need stooped by shutting down all Geoengineering, SRM, and Weather Modification programs that are used to lead the perception of GW. Typical Elite mechanics, create a problem(s) and come in with a solution, thus enslaving and controlling the populations and the financial secs. Agendas, Agendas!!!!