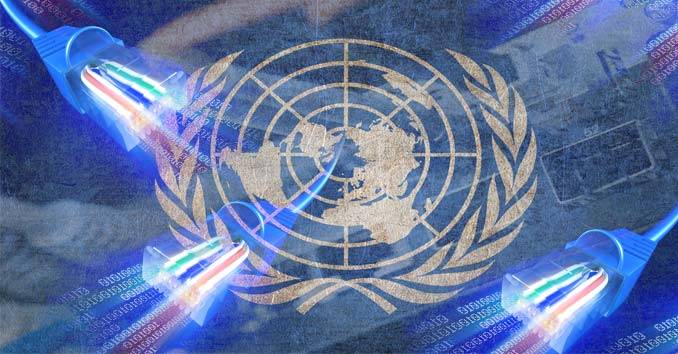 UN Already Moving In To Take Control Over Internet

ICANN controls the headwaters of the entire Internet, but this also includes the Internet of Things (IoT) that will be a $3 trillion market by 2025. Can you see why the UN wants to assert control? ⁃ TN Editor

An international business trade association, which includes as its members law firms and major multinational companies, released a statement on Tuesday pressing the U.S. government to keep a lid on a foray into internet governance from a United Nations agency that develops global telecommunications standards.

“We urge the U.S. government to push back strongly on efforts by some member states to use the WTSA review of the ITU-T’s work program as an opportunity to expand the ITU’s jurisdiction to include various internet governance issues,” the USCIB said. “A multistakeholder framework has proved far more effective in addressing internet policy matters against a dynamic technological backdrop than binding rules developed by an intergovernmental organization.”

The USCIB, which is made up of more than 300 multinational companies, law firms and business associations from a range of industries, counts among its board members executives from Oracle Corp., General Electric Company and AT&T Inc.

According to the trade group’s statement, an ITU conference in 2014 featured “sometimes heated discussions” about proposals that would have expanded the U.N. unit’s role in international internet governance. While the USCIB said it was pleased that the U.S. government and other like-minded countries pushed back against these efforts, the trade group noted that since that conference, many ITU-T study groups have actively worked on internet policy issues.

These issues include “over-the-top” services that are app-based, such as iMessage or WhatsApp, internet protocol-based networks, interconnected devices known as the internet of things, or IoT, and cybercrime. The USCIB noted that it has already expressed concern about how the ITU-T’s potential governance role “expands the scope of the ITU’s work to a worrisome degree.”

In addition to overstepping its bounds, the ITU-T risks stretching already limited resources, according to the USCIB. The U.N. agency’s efforts would also be “wastefully duplicative,” as such work is already being performed in existing multistakeholder, globally recognized, voluntary and consensus-based standards development organizations, the trade group said.

Speaking to the expansion of ITU-T, the trade group pointed to the agency’s creation of a study group in June 2015 “directly against the wishes” of the U.S., Germany and the U.K.

“Totally disregarding the view of these countries, the approval was rushed through in a single meeting,” the USCIB said. “This group has begun, and is expected to continue, the generation of highly problematic and intrusive recommendations over the next study period.”

As for countries that are more aligned with the ITU-T’s efforts, the USCIB noted that Saudi Arabia and Russia have put forward a proposal that zeroes in on the potential marrying of database systems for product profiles — which can be used in pharmaceutical, automotive and other industries — with IoT tags to provide a secure mechanism for accessing a product’s information.

While the USCIB noted that database systems have been used successfully in the past, “what we are concerned about is an intergovernmental entity such as the ITU mandating the use of a particular technology, giving governments even stronger top-down control over a broad range of activities.”

The trade group issued its statement a day after Google Inc. stepped up its support for transitioning U.S. stewardship of the internet’s domain name system to a global community of stakeholders. The search giant said the change will prevent governments from taking the lead in determining the online future, despite Republican warnings that foreign states would be empowered to limit internet freedom.