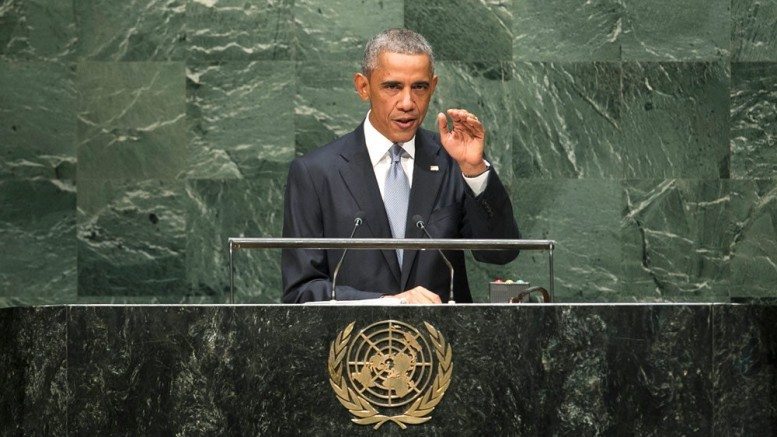 Obama trickery and treachery knows no limits, as in this deceptive program to draw local law enforcement into the Federal net. Technocracy is predicated on total and centralized control of all key service functions in society.  ⁃ TN Editor

“The Civil Rights Division of the Department of Justice has provided oversight and recommendations for improvement of police services in a number of cities with consent decrees. This is one of the most effective ways to reduce discrimination in law enforcement and it needs to be beefed up and increased to cover as many of the 18,000-plus local law enforcement jurisdictions.”

That was United Nations Rapporteur Maina Kai on July 27, a representative of the U.N. Human Rights Council, who on the tail-end of touring the U.S., endorsed a little-known and yet highly controversial practice by the Justice Department to effect a federal takeover of local police and corrections departments.

Here’s how it works: the Civil Rights Division at the Department of Justice files a lawsuit in federal court against a city, county, or state, alleging constitutional and civil rights violations by the police or at a corrections facility. It is done under 42 U.S.C. § 14141, a section of the 1994 Violent Crime Control and Law Enforcement Act, granting the attorney general the power to prosecute law enforcement misconduct. The municipality then simply agrees to the judicial finding — without contest — and the result is a wide-reaching federal court order that imposes onerous regulations on local police.

The federal court orders are designed to undo Rudy Giuliani-style policing tactics that were effective at reducing crime in big cities in the 1990s and 2000s.

In short, the much-feared nationalization of local police departments is already being initiated by the Obama administration’s Justice Department. And somehow nobody noticed.

Federal requirements include how searches are conducted, what constitutes legitimate use of force, the mandatory use of on-body cameras by the police, and so forth. The agreements impose years-long compliance review regimes, implementation deadlines, and regular reviews by federal bureaucrats. This makes local police directly answerable to the Civil Rights Division at the DOJ.

All we need now is the Obama Enabling Act and all of our problems will be over, Heil Obama.

James, now he will be ready to declare Marshall Law