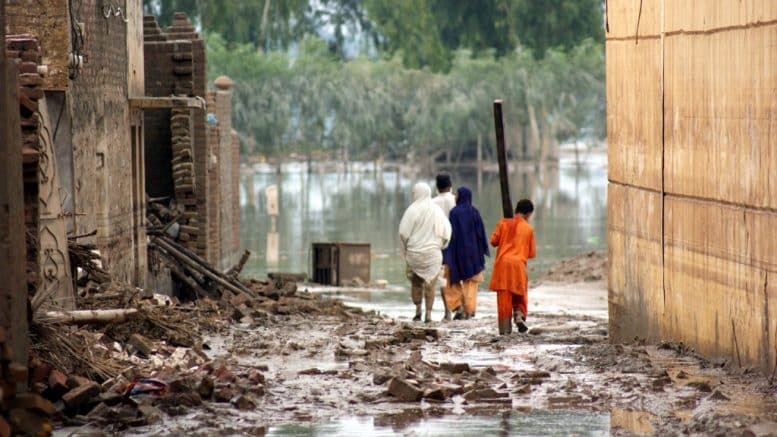 A new United Nations report has underscored the importance of a “risk-informed” approach to sustainable development and called for integrating global agreements on disaster risk reduction and climate change into national socio-economic planning.

Presenting the report’s findings Monday to the General Assembly’s main economic and financial body (Second Committee) Robert Glasser the Special Representative of the UN Secretary-General for Disaster Risk Reduction said that the failure to include such risks in investments have resulted in rapidly rising disaster-related costs.

In his briefing, Mr. Glasser noted that over the past two decades, more than 1.35 million lives and in excess of $2.5 trillion have been lost to disasters.

“In the light of this disturbing picture,” he said, “delivering on the promise of the 2030 Agenda for Sustainable Development will only be possible if we cut greenhouse gases as rapidly as possible in line with the Paris Agreement and reduce climate and disaster risk in accordance with the ambitious global targets agreed […] in the Sendai Framework for Disaster Risk Reduction.”

The report, Implementation of the Sendai Framework for Disaster Risk Reduction 2015-2030, also warned that the developing world remains at particular risk from disasters, which have resulted in annual average loss of more than 20 per cent equivalent of social expenditure.

According to the report, by 2050, urban populations exposed to hurricanes will increase from 310 million today to 680 million. Urban assets vulnerable to sea level rise and flooding could reach $35 trillion by 2070 – 10 times more than the current levels.

To overcome the challenges, the report urged, UN Member States to prioritize and resource the development of inclusive national and local disaster risk reduction strategies by 2020, as a key element of efforts to reduce climate risk and disaster risk more broadly.

It also called on them to identify and seize opportunities to coherently incorporate the Sendai Framework and the Paris Agreement into social and economic planning and investments within the context of the 2030 Agenda.

The report comes ahead of the International Day for Disaster Reduction, to be marked this Friday. The 2017 theme of the International Day, Home Safe Home: Reducing Exposure, Reducing Displacement, seeks to raise global awareness about effective actions, policies and practices taken to reduce exposure to disaster risk at the community level, thereby contributing to saving homes and livelihoods.