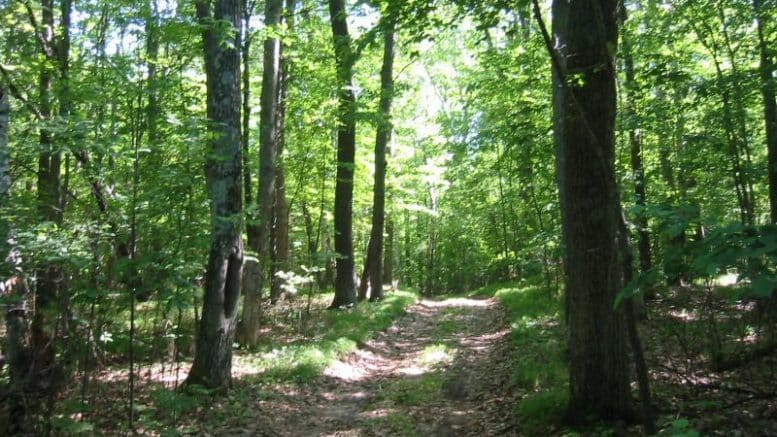 Please Share This Story!
PDF 📄
The data behind this UN report is full of the typical fabrications of data and facts. It would lead you to think that trees are running out and we will all die of oxygen deprivation. However, a 2011 study demonstrated that the U.S. had more trees than it had 100 years ago. In the heavily populated eastern U.S., forest growth was 380 percent greater than in 1920. ⁃ TN Editor

Consumption of the earth’s natural reserves has doubled in the last 30 years, with a third of the planet’s land now severely degraded. Each year, we lose 15 billion trees and 24 billion tonnes of fertile soil. Smallholder farmers, women and indigenous communities are the most vulnerable, given their reliance on land-based resources, compounded by their exclusion from wider infrastructure and economic development,” according to the new publication, The Global Land Outlook (GLO), launched today, at the 13th meeting of the United Nations Convention to Combat Desertification (UNCCD) in Ordos, China.

Currently, more than 1.3 billion people are trapped on degrading agricultural land, drastically increasing competition for crucial ecosystem services such as food, water and energy. The GLO draws on an analysis of recent trends in land productivity and modelling of land demand scenarios up to the year 2050. It outlines how reversing trends in the condition of land resources could accelerate efforts to achieve many of the Sustainable Development Goals, by adopting more efficient planning and sustainable practices.

Speaking at the launch, UNCCD Executive Secretary Monique Barbut said, “land degradation and drought are global challenges and intimately linked to most, if not all aspects of human security and well-being – food security, employment and migration, in particular.”

“As the ready supply of healthy and productive land dries up and the population grows, competition is intensifying, for land within countries and globally. As the competition increases, there are winners and losers. To minimize the losses, The Outlook suggests it is in all our interests to step back and rethink how we are managing the pressures and the competition. The Outlook presents a vision for transforming the way in which we use and manage land because we are all decision-makers and our choices can make a difference – even small steps matter,” she further added.

Welcoming the UNCCD’s new flagship publication, Mr. Achim Steiner, UNDP Administrator stated, “over 250 million people are directly affected by desertification, and about one billion people in over one hundred countries are at risk. They include many of the world‘s poorest and most marginalized people. Achieving land degradation neutrality can provide a healthy and productive life for all on Earth, including water and food security. The Global Land Outlook shows that each of us can in fact make a difference, and I hope that in the next edition we are able to tell even more stories of better land use and management.”

This landmark publication on the current and future state of the world’s land resources is the first in-depth analysis of the multiple functions of the land viewed from a wide range of interrelated sectors and thematic areas, such as the food-water-land nexus, as well as the ‘less obvious’ drivers of land use change, notably the nature of economic growth, consumer choice and global trade patterns. Crucially, the report examines a growing disconnect between the financial and socio-economic values of the land and how this affects the poor.

The first edition of the GLO was published by the UNCCD secretariat with the support of numerous partners, including the European Commission, the Governments of Korea, Switzerland and the Netherlands, and UNDP. It is available in both print and digital formats on a dedicated web platform.