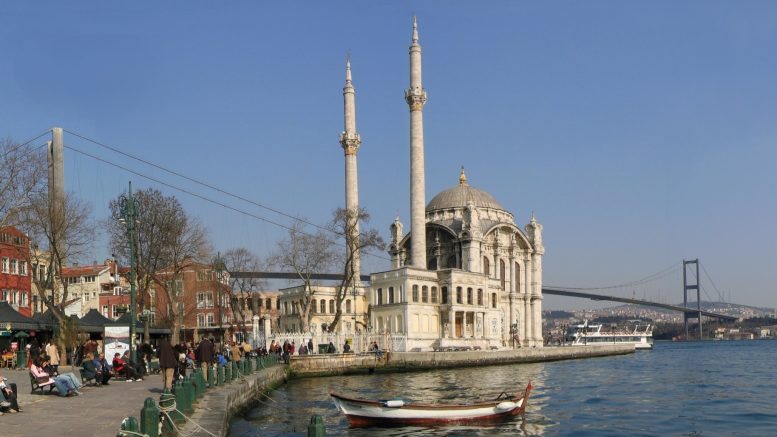 This ‘bank’ is for a Technocrat portfolio of technologies that will embed Technocracy around the world, including for ‘Smart Cities’ where citizens will be comprehensively surveilled. ⁃ TN Editor

The United Nations announced on Friday that next year it is setting up a technology bank to speed the advancement of the world’s least-developed countries, headquartered near Istanbul, Turkey.

According to the website of the Turkish Scientific and Technological Research Council (TÜBİTAK), the new facility is due to be housed in Gebze, Kocaeli province, some 70 kilometers east of Istanbul, where TÜBİTAK already has its Marmara Research Center.

According to Aharya, “The poorest countries in the world cannot eradicate poverty, achieve strong and sustainable development, and build resilience without expanding their scientific and technological bases.”

Acharya said poor countries need to effectively utilize technology to leapfrog various stages of their development process in order to meet the goals of the Istanbul Program of Action and the 2030 Agenda.

He added the global community has a responsibility to ensure that these nations are supported as they make progress towards strengthening their science, technology and innovation capacities for eradicating poverty, accelerating structural transformation, and building resilience.

The new bank is intended to help least-developed countries strengthen their science, technology, and innovation capacities, foster the development of national and regional innovation ecosystems that can attract outside technology, and generate homegrown research and take these advancements to market, according to the U.N.

The bank will be financed by voluntary contributions from member states and other stakeholders, including the private sector and foundations.

In 2011, The Istanbul Program of Action called for the creation of a Technology Bank as a new U.N. institution and this objective was reaffirmed in the 2015 Addis Ababa Action Agenda, and Sustainable Development Goal 17, the U.N. added.