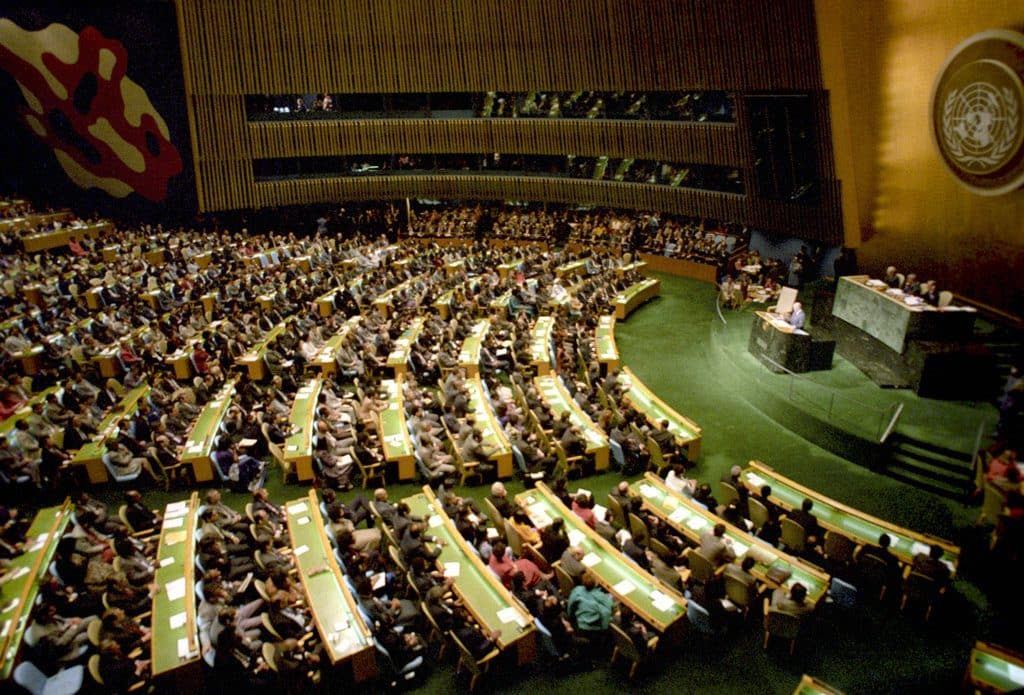 UN To Use Blockchain Tech For Sustainable Development Goals

Talk of blockchain tech and crypto-currency at the UN is indicative of its efforts to transform the world into Sustainable Development, aka Technocracy. Fintech is the model for future financing of the green economy. ⁃ TN Editor

Recently, the United Nations was recognised for its use of blockchain technology in Forbes’ second Blockchain 50 List. The 75-year-old organisation, which has an important role to play in global humanitarian efforts, has been looking to leverage the emerging technology in several areas.

From assisting in the fight against climate change to disbursing funds to Syrian refugees using blockchain-verified iris scans instead of ID cards, the UN has looked to advance its cause with the help of a technology that is still finding its niche.

The idea of blockchain for good is not a foreign one, as the technology has such far-reaching disruptive potential that it has often been aimed at charitable exercises and situations where good can be achieved, or at least featured, through this new technology.

The UN, at the top rung of global efforts to further humanitarian causes, has proven its willingness to get on board with blockchain technology to be a more effective force. In fact, United Nations secretary-general António Guterres has said the intergovernmental giant needs to embrace blockchain.

It has become apparent that we currently sit on the precipice of a new industrial revolution that will be predicated on the advancement of new and currently emerging technologies. Artificial Intelligence, Internet of Things, Blockchain and others, are all finding their feet in this new digital age.

For blockchain especially, it is being spread across many different sectors, with its impact being heavily felt, and sought, in the financial sector thanks to the cryptocurrency side of things. However, enterprises have also started recognising the potential for the technology to bolster business, and the UN is not letting this slide by them either.

“For the United Nations to deliver better on our mandate in the digital age, we need to embrace technologies like blockchain that can help accelerate the achievement of Sustainable Development Goals,” said Guterres in the statement provided exclusively to Forbes.