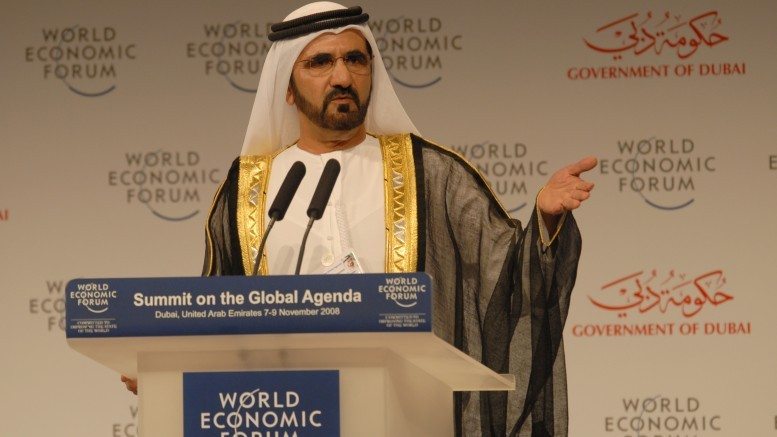 Please Share This Story!
PDF 📄
Don’t ever think that Islamic states are stuck in past civilizations; rather, they are leading the world into Sustainable Development and Technocracy. ⁃ TN Editor

The UAE will build the first city on Mars as part of the 2117 Mars project in collaboration with specialised international organisations and scientific institutes.

As part of a 100-year national programme, the UAE will set a plan to prepare national cadres that can achieve scientific breakthroughs to facilitate the transport of people to the Red Planet over the next decades.

The 100-year plan will involve scientific research programmes to nurture national cadres specialised in space sciences at universities in the UAE. It will also entrench a passion for space in younger generations.

The announcement was made on the sidelines of the World Government Summit in the presence of representatives of 138 governments, six major international organisations, as well as leading international tech companies.

The new project will be associated with research themes featuring the exploration of transportation means, energy and food on mars. It will also try to find faster transportation methods for travelling to and from Mars.

A virtual presentation depicting a preliminary concept for the city on Mars was made during the announcement.

The scientific initiative will first be implemented by an Emirati scientific team, and will eventually expand to include international scientists and researchers that will run in parallel with the coordination of human research efforts in the field of exploring and inhabiting Mars.

“The landing of people on other planets has been a longtime dream for humans. Our aim is that the UAE will spearhead international efforts to make this dream a reality,” said Shaikh Mohammad Bin Rashid.

He emphasised that the project prioritises the building of scientific capacities of Emiratis, and transforming our universities into research centres, thus consolidating the passion of leadership in our generations to come.

Shaikh Mohammad Bin Rashid said that the UAE is ranked among the most important nine countries in the world that invest in space science, and our goal is to accelerate human researches in this field.

“Human ambitions have no limits, and whoever looks into the scientific breakthroughs in the current century believes that human abilities can realise the most important human dream,” he added.

“The new project is a seed that we are planting today, and we expect the next generations to reap its fruits,” Shaikh Mohammad Bin Rashid said.

This story is meaningless. A city on Mars? Who are they kidding? The Moon is a lot closer; rationally that is the next step. Oops, maybe because they cannot. If they cannot build a Moon base, then any talk of a city on Mars is just stupid-talk.

Elon Musk has very detailed plans to colonize much sooner and the rocket is already engineered. Here is a great explanation of the entire plan.

I doubt women on Mars will be treated any better by the UAE then they are treated now on Earth… still second-class citizens at best! I cannot wait for the “excuses” to appear as a reply. https://en.wikipedia.org/wiki/Women_in_the_United_Arab_Emirates