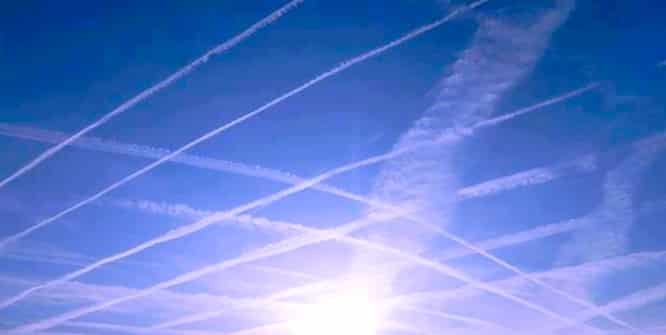 Geoengineering is already underway and is proving to be extremely dangerous to the world’s ecosystem. Scientists at University of Exeter are blowing the whistle and calling for strict regulation before uncontainable damage is done. Up to this point, the Technocrat mindset on chemically dousing the atmosphere has been that since they are right (in their mind only), they need no permission or consultation with anyone else. ⁃ TN Editor

Scientists have previously suggested that imitating volcanic eruptions to fire aerosols into the atmosphere would help to cool the planet down.

The aerosols, one of many ‘geoengineering’ techniques proposed as a way to deal with climate change, would cool Earth by block incoming solar radiation.

But this could have a devastating effect on global regions prone to violent storms or prolonged dry spells, new research has shown.

In response, the researchers, from the University of Exeter, have called on policymakers worldwide to strictly regulate any large-scale geoengineering programmes in the future.

They say this will prevent officials accidentally inducing natural disasters in different parts of the world.

Dr Anthony Jones, a climate science expert from the University of Exeter and lead author on the paper said: ‘Our results confirm that regional solar geoengineering is a highly risky strategy which could simultaneously benefit one region to the detriment of another.

‘It is vital that policymakers take solar geoengineering seriously and act swiftly to install effective regulation.’

The innovative research centres on the impact solar geoengineering methods that inject aerosols into the atmosphere may have on the frequency of tropical cyclones.

The controversial approach, known as stratospheric aerosol injection, is designed to reflect some sunlight before it reaches Earth’s surface.

The proposals mimic the aftermath of volcanic eruptions, when aerosols are naturally injected into the atmosphere.

In the study, the researchers use sophisticated simulations with a fully coupled atmosphere-ocean model to investigate the effect of hemispheric stratospheric aerosol injection on North Atlantic tropical cyclone frequency.

It also makes the atmosphere more conducive to EMF. Presumably to facilitate IOT and/or 5g.
https://www.google.com/patents/US7645326

Their EMF transmissions also have their own documented misgivings.
http://www.bioinitiative.org/table-of-contents/

[…] Here is a link to the article in question – https://www.technocracy.news/university-spraying-aerosols-atmosphere-will-cause-climate-chaos/ […]