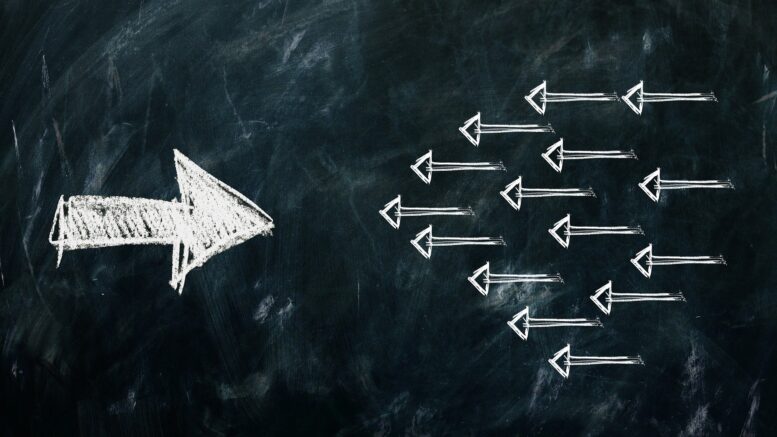 Please Share This Story!
PDF 📄
The plan for a universal ID for every person on earth is for total and detailed tracking and monitoring. You cannot control what you cannot monitor. Conversely, you can control whatever you can monitor. Vaccine passport IDs will kickstart your ID onto the ubiquitous blockchain. ⁃ TN Editor

The goal of coercing the world’s population into obtaining a Digital ID is one with many arms, expanding the field of players and implementers to a degree that would take a year to trace down. Yet, the key implementers that are steering and/or directly overseeing many of the smaller outfits tend to stand out due to their connections, funding, and girth of power. This report breaks down some of those bigger implementers that are at the top of the food chain, gobbling up everyone’s data, and building the framework to roll up all human beings into a Digital Identity and put them on the Blockchain. According to ResearchAndMarkets, the post-Covid-19 identity verification market is forecasted to grow from $7.6 billion in 2020 to $15.8 billion by 2025. According to the UN, artificial intelligence (AI) is forecasted to generate nearly $4 trillion in “added value” for global markets by 2022. As with all of their manufactured crisis industries, the manufacturers stand to make trillions, and their new industry is human enslavement.

Part 2 broke down the who, what, when, where, why, and how they have been building toward this for a very long time. It is important to review Parts one and two before reading Part 3, for a comprehensive outline of what’s truly transpiring. They want full surveillance, control over all human beings and resources, and world domination. It’s critical to understand the various mechanisms being used to enslave humanity, who’s behind it, and what their ultimate end game is, so that one can make education decisions, stay ahead of the game as much as possible, better protect themself, and collaborate to navigate this corrupt territory and establish ways to combat it. As stated in Part 2, “Don’t become a QR code.”

As they work tirelessly at corralling all children and adults to sign up for a vaccine id passport and get a digital identity with a simple QR code that will link to one’s data, they are also making certain that all newborns will be brought directly into the system from birth, for a seamless transition into their new world order.

In 2019, NEC carried out the world’s first proof of concept of fingerprint identification of newborns in the Republic of Kenya, with great excitement of being a part of the UN’s 2030 agenda’s Target 16.9 of Goal 16 which requires that states should, “by 2030, provide legal identity for all, including birth registration.” This goes hand in hand with ID2020’s charge to develop a “persistent digital identity from birth,” with “cutting-edge infant biometric technologies.”

The telecommunications industry plays a vital role in the digital identity infrastructure, being as smartphones are the prime device being used in most cases. In 2018, AT&T, T-Mobile, Sprint, and Verizon increased their authentication process, which also included fingerprint biometrics, which many phones are using these days. The CEO of AT&T Business was recently a keynote speaker about the “rise of digital identity” at The Economist Event Series. According to Juniper Research’s analysts, biometrics capabilities including fingerprint, iris, and voice recognition, will reach 95% of smartphones globally by 2025, accounting for $3 trillion in payment transactions, up from $404 billion in 2020.

The so-called pandemic, BlackRock’s “Going Direct” plan that instituted a financial takeover, and the digital identity agenda, are all a coordinated attack against humanity to bring in the Fourth Industrial Revolution, that by design, is to plug every human being into the smart grid, inside their smart cities, where a virtual and augmented reality awaits, all data is mined and surveilled, people become a labor force synced with robots, and everybody’s actions, access, and spending is controlled by a social and climate scoring system. Yes, it sounds very dystopian, once their masterful marketing spin is removed from the content to reveal the true context.

While reading this report, keep these key points in mind. What can people do to stop this from moving forward?

Do not be coerced, bribed, blackmailed, shamed, guilted, manipulated, or intimated into complying.

If just 10% of the US population stuck to this list of bullet points above – we could forever shift the trajectory of their agenda and potentially put a halt to it.

“What is Digital Identity? Who a person or organization fundamentally is – a combination of attributes, beliefs, personal/organizational history and behavior that together constitute a holistic definition of the individual or organization self.” – World Economic Forum, January 2020 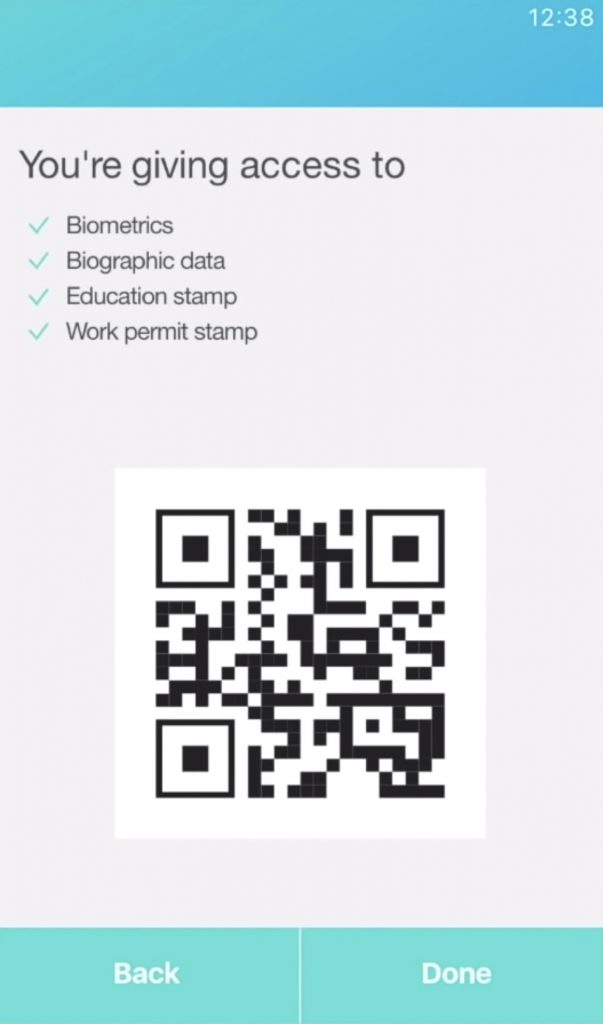 In the World Economic Forum’s ‘Identity in a Digital World: A new chapter in the social contract,’ they have illustrated what the digital identity will look like in our everyday lives on page 10, Figure 1. Corey’s Digs has reproduced this chart below to avoid their stringent copyright issues, that makes it quite apparent that they absolutely do not want this information circulated, despite their insistence that they are creating this for the betterment of humanity, while building a “social contract” FOR you. 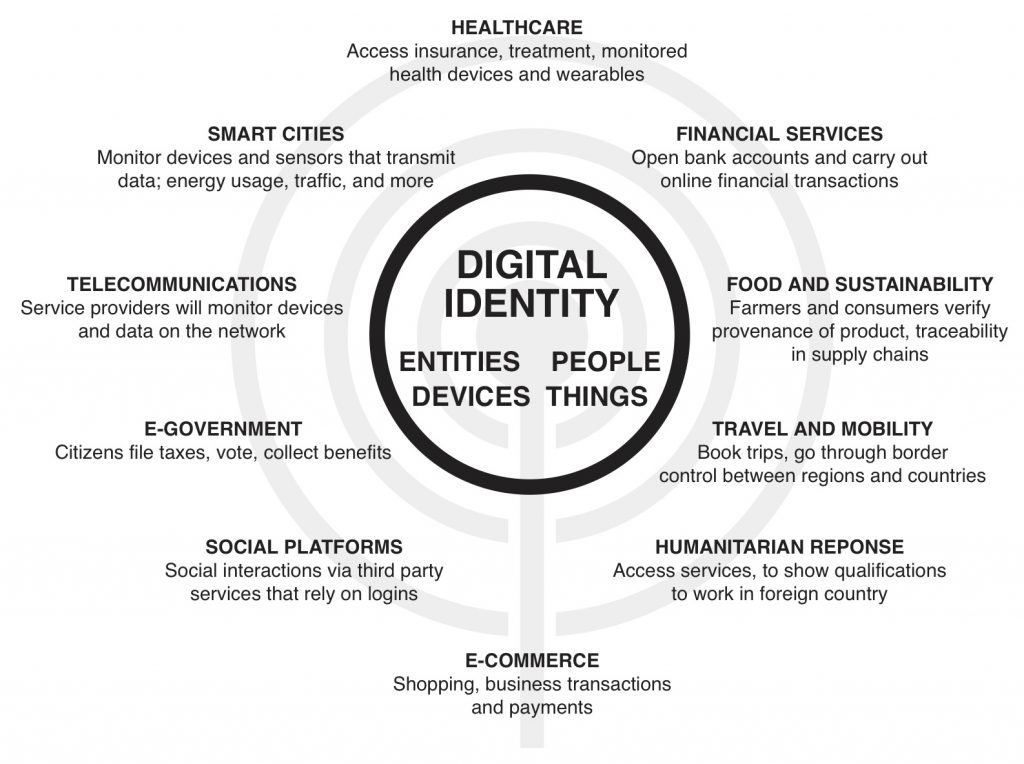 This is one of their visual schematics of a surveillance system on human beings, while they use the words “convenience, inclusive, and security,” and people fall for it. Trust your eyes. It is exactly what they are showing you, not what they are telling you.

The Masters of Marketing Deception

Plain and simple – they are masters of marketing. They share just enough information to get people on board, entice them with convenience, safety, protection, and how everyone will be saving the world by doing the right thing. The easiest way to read between the lines and discern what these folks are really up to, is to split their marketing content in the following way:

1) They will always utilize 4 main topics to push all of their agendas to the finish line, which are the climate hoax, the virus, cyber attacks, and terrorist threats. They will use intimidation, guilt, shame, and fear tactics. Don’t buy into it. They manufacture the disaster, then swoop in with the solution, which is always 100% to their benefit, and at your expense.

2) All of the points they make that serve stakeholders, government, and private and public sectors is truthful information, though they leave out the incredible amount of money and power they will derive from such efforts.

3) All of the points they make about transparency, privacy, protection, safety, benefits, and convenience toward individual citizens, is a lie. They are doing the exact opposite. That’s the spin, so it’s quite easy to spot.

The Evidence is in Their White Papers

Through the vaccine id passports, QR digital identity, biometrics, smart devices and wearables, IoT, Real ID Act, Government Identity Act (trying to pass) and other legislation, telecommunications monitoring, big tech, lidar and satellites, DARPA and ARPA-H/HARPA, DNA databases, AI integration, ID.me used by 20 states with digital biometric identity for unemployment benefits, and Blockchain, there is an unprecedented level of spying and surveillance taking place in this country and around the globe. Anyone denying it at this point in the game is either extremely foolish and naive or working against humanity.

In July 2018, the Secretary-General convened a “high-level panel on Digital Cooperation” of 20 independent experts, co-chaired by Melinda Gates and Jack Ma, to advance their agenda, which resulted in producing a report titled “The Age of Digital Interdependence” in June 2019. The report states that “The immense power and value of data in the modern economy can and must be harnessed to meet the SDGs (UN sustainable development goals), but this will require new models of collaboration.” Following the release of that report, all member states and over 300 entities and organizations were contacted. Their input contributed to this report. 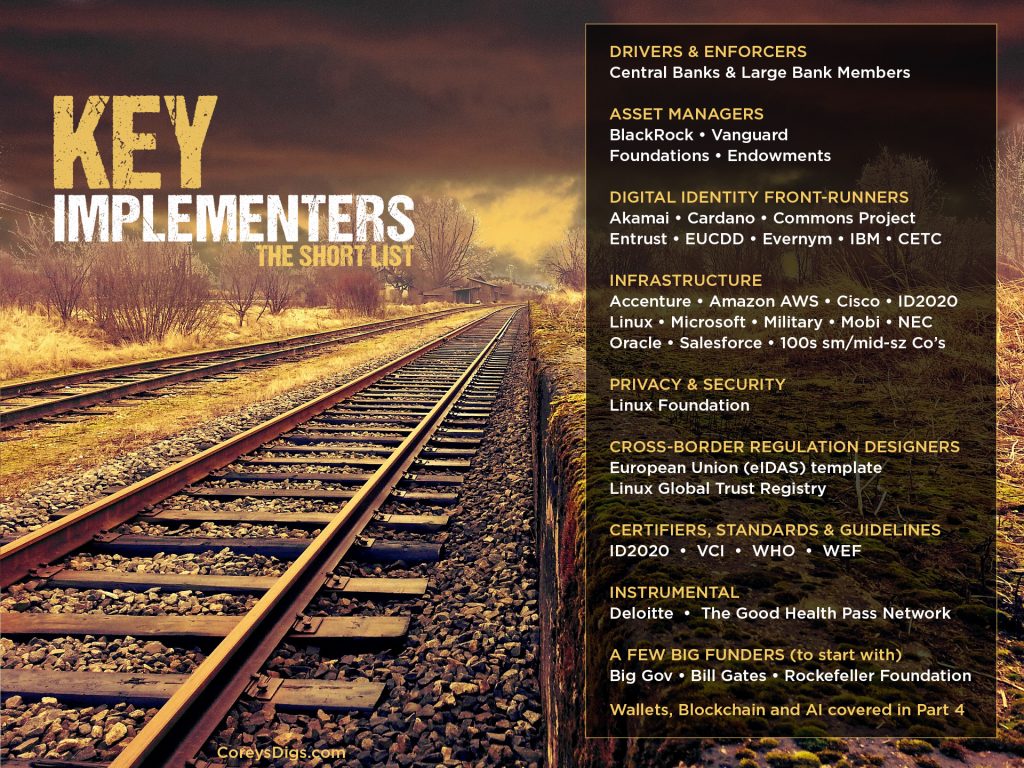 There are hundreds of companies involved in this scheme, many of which are small potatoes hoping to hit the big time, but many are instrumental players who are just a tier or two down from the big guys calling the shots. This section exposes some of the higher level implementers.

It’s so important to understand that many of the key implementers are also involved with BlackRock’s Going Direct scheme that carried out the greatest transfer of wealth ever seen in history, and are heavily involved with the Covid agenda and profiting from the injections. It’s the oldest marketing trick in the book – manufacture a need and provide a solution. The only one who wins is the Eskimo who sold you the ice. It should also be noted that many of these same players that are involved with the pandemic, digital identities, and financial takeover, also fund the CDC Foundation.

Vaccine ID Passports: Merging Your Digital Identity Onto The Blockchain - United Push Back

Vaccine ID Passports: Merging Your Digital Identity Onto The Blockchain

Excellent article and solutions. Will distribute to anyone and everyone at my end.

Vaccine ID Passports: Merging Your Digital Identity Onto The Blockchain | The Crazz Files

[…] that will implement digital identity. Along with vaccine passports, these are the first steps in placing everyone into a world where freedom and independence will no longer exist, and behavior will be […]