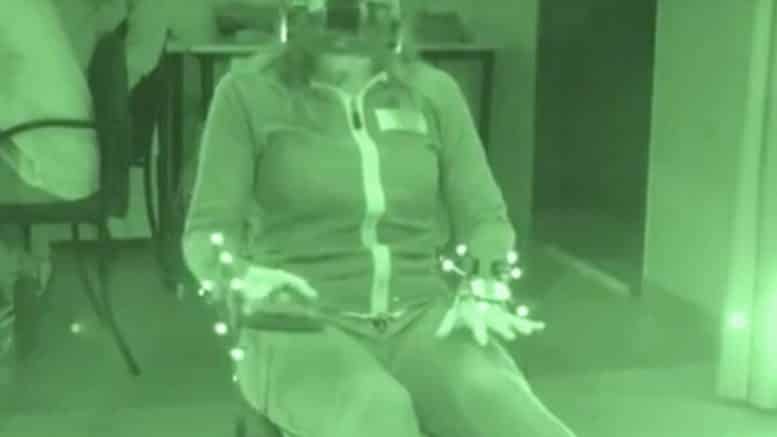 Death simulators that use virtual reality headsets to create an out-of-body-experience are being used to cure people’s fear of dying.

Scientists are using the technology to make test subjects feel as though they are leaving their body.

The notion of having an out-of-body-experience and simulating death to see if there is an afterlife was recently brought to light in hit Netflix series The OA.

But this latest stunt is rooted in science.

Mel Slater and a team at University of Barcelona made 32 people feel as though the virtual reality environment seen through a head set was real.

The participants were seated on a chair wearing an Oculus Rift headset and covered in movement trackers and vibrators.

Every move the subjects made was mimicked by their avatar body and any sensation felt by the fake body was replicated using the vibration tech.

They were then transported to a virtual living room in which they could move their legs and kick balls thrown at them from a distance.

As soon as the person began kicking at the right time – indicating that they felt in sync with the avatar body – the scene appeared to zoom out, leaving the avatar sitting down and giving the user the feeling that they were levitating on the ceiling.

WITH THIS JIHADIST CAN BE FOOLED WITHOUT NEED OF WATER BOARDING ANY MORE???

a. you can’t simulate death because too many processes resulting in death (different

kinds of death different diseases, different injuries) and a lack of sure information of

b. you don’t need to fear death to need God. that is ridiculous. Getting close to God often

results in lack of fear of death.