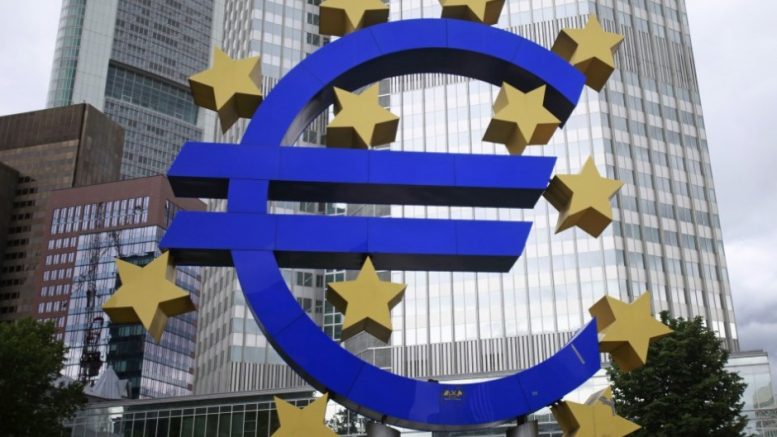 The war on cash is global as Central Banks cram it down the throat of their respective client-nations. The contagion is the infamous Bank for International Settlements (BIS) that is the central bank to central banks and the mastermind of global monetary policy. To implement Technocracy (aka Sustainable Development), the global monetary system must be digital and there must be no holdouts. Thus, eliminating cash will force everyone into the banking system 100%. The mantra of ‘no person left behind’ is seen in all United Nations documents that support Sustainable development. ⁃ TN Editor

Relations between Germany, and the ECB have curdled in recent times over a key issue: the role of cash. Germans have a soft spot for physical lucre while the ECB and Europe’s executive branch, the European Commission, have openly expressed their desire to suppress, or even punish, its use.

For Germany’s central bank, the Bundesbank, the war on cash is a war on personal freedom and choice, in the name of saving a financial system and its absurd negative interest rates. Last year Bundesbank president Jens Weidmann warned that it would be “disastrous” if people started to believe cash would be abolished — an oblique reference to the risk of negative interest rates and the escalating war on cash triggering a run on cash.

In Germany, trust in Europe’s financial institutions is already at a historic low, with only one in three Germans saying they have confidence in the ECB. That was before ECB president Mario Draghi gave an infamous speech in May last year laying much of the blame for the Eurozone’s weak economy on Germans’ proclivity to save, rather than splash out on foreign imports or invest in the stock market.

Now, it’s the turn of the scientific advisory board of the Federal Ministry of Economics and Technology to have its say. In a new report, the board, which includes former ECB Chief Economist Otmar Issing, cautions that any attempt by government or central banks to enforce mandatory controls or withdraw larger denomination bills, as the ECB has pledged to do next year starting with the €500, could have very negative repercussions, in particular for the general public.

“Upper cash limits will hurt ordinary citizens, while the shadow economy and organized crime are likely to escape monitoring and alternative methods of payment,” it warns. The report highlights a number of potential negative consequences of suppressing or outlawing cash:

The European Commission would beg to disagree. It recently stated its intention to “explore the relevance of potential upper limits to cash payments”, with a view to implementing cross-regional measures in 2018. In the small-print accompanying the draft legislation, it breezily points out that privacy and anonymity do not constitute “fundamental” human rights:

…prevent(ing) the anonymity that cash payments allow might be viewed as an infringement of the right to privacy enshrined in Article 7 of the EU Charter of Fundamental Rights. However, as complemented by article 52 of the Charter, limitations may be made subject to the principle of proportionality if they are necessary and genuinely meet objectives of general interest recognized by the Union or the need to protect the rights and freedoms of others.

Any attempt by the European Commission to set a mandatory continent-wide limit was bound to meet fierce resistance, in particular from countries that don’t have cash payment limits like Germany and Austria. The Bundesbank is also one of the world’s biggest manufacturers of physical cash. In total, €592 billion of the €1.1 trillion of banknotes in circulation at the end of 2016 started life at the Bundesbank.