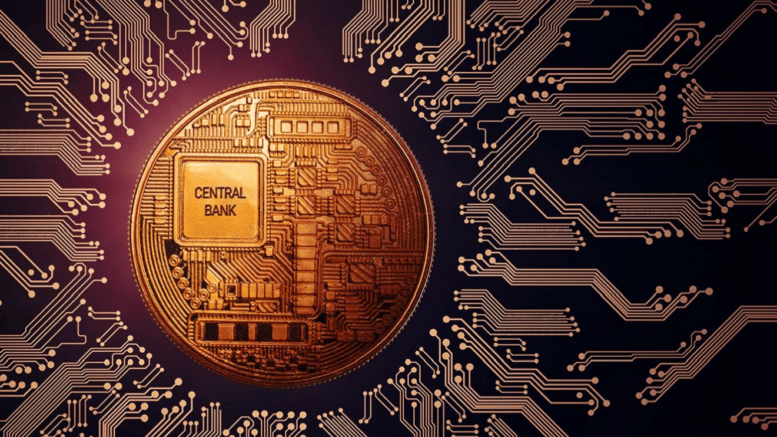 Posted By: Rhoda Wilson via The Expose November 3, 2022

Please Share This Story!
PDF 📄
With the appointment of Rishi Sunak as Prime Minister, the United Kingdom has jumped from the frying pan into the fire. Sunak is an outspoken advocate for Central Bank Digital Currency (CBDC) that would replace the existing system of fiat currencies in the world. This would be the capstone for Technocracy. ⁃ TN Editor

The financial infrastructure of the Great Reset has arrived as Rishi Sunak was named the next UK Prime Minister without a vote – welcome, global currency.

On 14 October 2021, the Group of 7 (“G7”) published a set of Public Policy Principles for Retail Central Bank Digital Currencies (“CBDCs”).  This was published “alongside a G7 Finance Ministers and Central Bank Governors’ Statement on CBDCs and digital payments.”

If you are still unsure why CBDCs will bring about the end to our freedoms there are numerous resources available but you can start by exploring articles we’ve previously written about this subject HERE.

The G7 report was compiled by the CBDC drafting group consisting of representatives from finance ministries, and central banks of the G7 alongside invited contributors from other central banks and international organisations.  The list of contributors to the public policy principles can be seen on pages 26 and 27 of the report and includes representatives from the G7 countries as well as the European Union, Switzerland, Bank for International Settlements (“BIS”), Organisation for Economic Co-operation and Development (“OCED”), International Monetary Fund (“IMF”) and the World Bank.

To mark the launch of the @G7's new report on Central Bank Digital Currencies, I explain what CBDCs are and how they could benefit businesses and consumers.

Central Banking Digital Currencies (CBDCs) are not a conspiracy theory. They are an agenda – discussed and piloted by many governments around the world. Here’s Rishi Sunak promoting CBDCs when he was Chancellor of the Exchequer.#CBDCspic.twitter.com/35cJznFE6J

With Japan feeling the pressure as China moved forward with a digital yuan in February 2020, the G7’s formal discussions about digital currencies started later that year when The Bank of Japan set up a digital currency working group.  CBDCs were raised again in 2021.

The 2021 G7 Leaders’ Summit held in Cornwall, England, on 11-13 June was presided over by the UK with the aim to “help the world build back better from the Covid-19 pandemic and create a greener, more prosperous future.” The UK invited Australia, India, South Korea and South Africa as guest countries to the meeting.

However, what the stated aims didn’t mention was “digitalisation.” After the Summit, International Institute for Sustainable Development (IISD) wrote that G7 leaders endorsed a shared agenda on a series of trade topics. They called for new rules that would reflect “transformations underway in the global economy, such as digitalisation and the green transition.”  It’s worthwhile noting that IISD is chaired by BlackRock Managing Director Michelle Edkins.

A week before the G7 Summit, on 4-5 June 2021, G7 finance ministers met in London joined by the Heads of IMF, World Bank Group, OECD and Eurogroup to discuss CBDCs. As UK Chancellor of the Exchequer, Rishi Sunak hosted the meeting of the G7 finance ministers. And now he is Prime Minister.

The financial markets are effectively an extension of the World Economic Forum (“WEF”).  The markets didn’t like Liz Truss. They reacted instantly to her government’s proposed policies and by doing so revealed who really drives the UK government’s policies.  Upsetting the markets could have been the reason for her resignation but we could also speculate whether the sabotage of the Nord Stream Pipeline had a part to play.

Whatever the reason for Truss’ resignation, it is no coincidence that the markets like Sunak.  Sunak is WEF’s puppet. Simply Wall St wrote in its latest Market Insights report:

Things continue to move quickly in the UK, with Rishi Sunak taking over as Prime Minister less than a week after Liz Truss resigned. The Conservative Party has come full circle, from electing a leader seemingly oblivious to market forces, to electing a former hedge fund manager who we presume knows all about markets.

Simply Wall St may want to revisit what Sunak’s previous role as a “hedge fund manager” entailed while working for Patrick Degorce at The Children’s Investment Fund Management and Thélème Partners.  It seems he knows less about markets than has been claimed.

Last week Jack Posobiec, host of Human Events Daily, commented on the significance of Sunak’s appointment.  “The financial infrastructure of the Great Reset has arrived as Rishi Sunak was named the next UK Prime Minister without a vote – welcome, global currency,” he said.

everybody wants to rule the world | vulture of critique

That’s why he was installed.

Good article and I saw this coming. Rishi is a Goldman Sach boy and a banker spook. His appointment not election was key to getting the Brits to go along with a digital currency and their pension demise. And last but not least Technocrats is just occultism by another name.
https://expose-news.com/2022/10/28/rishi-sunak-theleme-and-moderna/