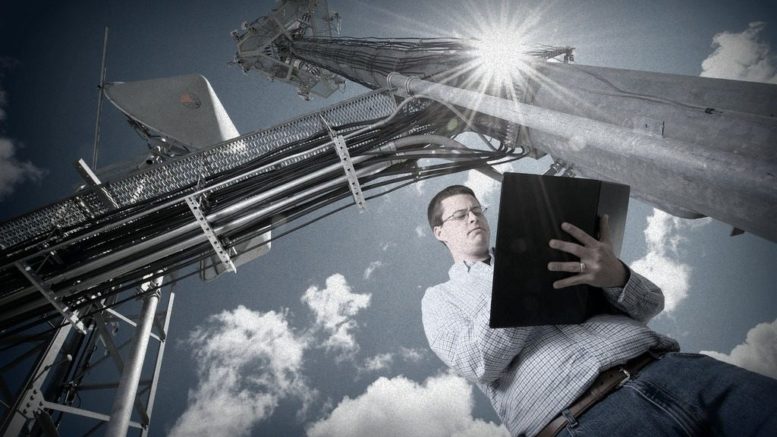 Technocracy is about using collected data to engineer and control all of  society by a select few who believe they have the answers for mankind. This movement got traction in the 1930s but was rejected by American by the 1940s. Now, it’s back and little has changed. ⁃ TN Editor

The conveniences of the emerging explosion of artificial intelligence, machine-to-machine learning, and ubiquitous “5G” fifth-generation connectivity of the 4th industrial revolution may seem a far cry from the day that residential electrification made its way onto farms and into households.

But the problem with 4th industrial revolution, like all of the previous revolutions, is that in the name of progress, the implications regarding the Laws of Nature, the environment, and human health do not have a seat at the table.  Yet.

According to Digital Pulse of Australia, “The first industrial revolution was about coal, water and steam, bringing with it the steam engine and innovations that enabled the large scale manufacturing of goods and products.

The second industrial revolution came about with the invention of electricity and enabled mass production (think production lines). Dating from the late 1800s to early 1900s, from this phase emerged the internal combustion engine, and thus the automobile. The period was marked with an increased use of steel and eventually petroleum, and the harnessing of electric current. It allowed much of the progress of the first industrial revolution to move beyond cities and achieve scale across countries and continents.

The third industrial revolution was all about computers. From the 1950s onwards, computers and digital systems enabled new ways of processing and sharing information. Transistors, microprocessors, robotics and automation – not to mention the internet and mass communications – would eventually allow for the ultimate in scale: globalisation.

Which brings us to the fourth industrial revolution, also referred to as Industry 4.0. According to the World Economic Forum which coined the phrase, the 4th industrial revolution is one of “cyber-physical systems” – that is, the merging of the capabilities of both human and machine.1 This is the era of artificial intelligence, genome editing, biometrics, renewable energy, 3D printing, autonomous vehicles and the Internet of Things.[1]

As the World Economic Forum pointed out, however, “while the Fourth Industrial Revolution may look and feel like an exogenous force with the power of a tsunami, […] in reality, it is a reflection of our desires and choices.” Navigated wisely, the Fourth, will bring us smart cities that reduce poverty and enhance standards of living, sustainable energy sources, environmental protection, more inclusive government process, social cohesiveness and collaboration, and make us healthier.

In 2017, the World Economic Forum opened a Center for the Fourth Industrial Revolution in San Francisco. “Artificial intelligence, national digital policies, cross-border data flows, drones, autonomous vehicles and environmental technology will all be discussed at the center, alongside any new innovations that come out of Silicon Valley or another tech hub.” “The 4th revolution is reshaping industries, challenging existing regulatory frameworks, and redefining what it means to be a human,” said Murat Sönmez, Member of the Managing Board and Head of the Center.

The Fourth Failure to Apply Precaution; Manipulating the Masses

The 4th industrial revolution is being widely promoted as a strategy to address the pollution that was created using the fossil fuel model of progress.  Environmental and health advocates are promoting research focused on the negative impact of air pollution particulate matter on children’s health.

Regarding the claims that artificial intelligence will reduce poverty, as an example, the USDA has employed the use of an algorithm in its crusade against SNAP (Supplemental Nutrition Assistance Program). Truthdigreported:

In February, Trump suggested that most recipients should receive half of those benefits not in money they can spend as they see fit but in the form of a box of shelf-stable packaged foods, which the administration said would reduce the overall cost of the program by $129 billion over the next 10 years. While neither the budget for SNAP nor the future of Trump’s “box proposal” has yet to be determined, the U.S. Department of Agriculture has found other ways to punish both SNAP users and the stores at which they shop. On Monday, in collaboration with the nonprofit newsroom, New Food Economy, The Intercept published a report on a USDA algorithm, part of the department’s ALERT system, that in 2017 disqualified over 1,600 retailers from accepting SNAP benefits.

Claims regarding sustainability have ignored the burgeoning energy expenditure of monitoring the home air conditioner from a moving vehicle. As Katharine Schwab reported in Fast Company about the work of AI researcher Kate Crawford and data visualization specialist Vladan Joler.

To the user, asking Alexa a question is the epitome of ease. To the people who mined the minerals, built the speaker, and trained the AI, it’s anything but. “Alexa, what time is it?”

From there, Joler and Crawford took a year to research every piece of the Echo’s supply chain, uncover the hidden human labor that most of us don’t think about when we query a voice assistant, and put it in historical, geological, and anthropological context.

It’s not just the miners: It’s also the humans operating the gigantic global shipping and manufacturing apparatus that brings each piece of the puzzle together, it’s the click-workers who label and sort vast data sets on which to train AI, and it’s you, the user, who is simultaneously acting as “a consumer, a resource, a worker, and a product,” as Crawford and Joler write in the essay. Through this lens, Echo’s complex processing becomes a story of human work and–more disturbingly–human exploitation. A child laborer in the mines of the Congo would need to work for 700,000 years without stopping to accumulate the kind of capital that Amazon CEO Jeff Bezos makes per day. “At every level contemporary technology is deeply rooted in and running on the exploitation of human bodies,” Crawford and Joler write in the essay.”

When the sensors are controlled by censors, we don’t look at the range of health and environmental impacts of each rising rates of autism, neurological illnesses, electromagnetic sensitivity, neurological issues, DNA alterations, childhood cancers, and other illness associated with 5G and the 4th revolution.  Thus far, the 4th revolution has resulted in the opposite of the World Bank’s projections. We have more poverty, more concentrated wealth, and less citizen input as decision-makers cater to corporations and promises of economic expansion. And if we don’t fix that problem right away, the sensors will only serve the censors.