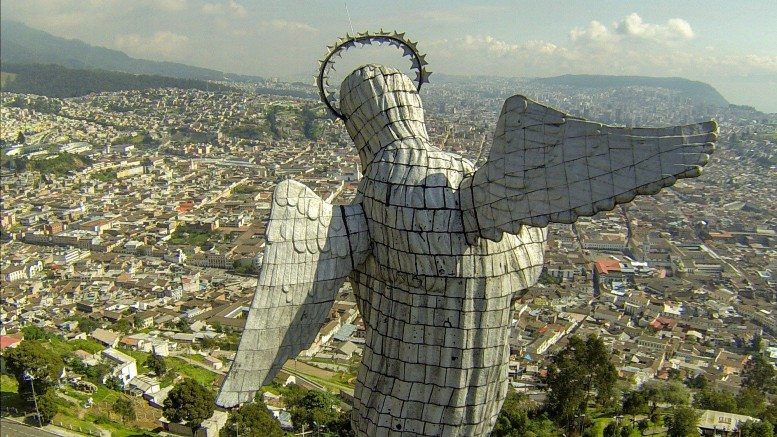 To paraphrase Obama’s bold-faced lie on the Affordable Care Act, “If you like your town, you can keep your town.” These Pollyanna-planners will outshine all previous efforts to meddle in the lives of all humanity. ⁃ TN Editor

The future of cities will be shaped this week high in the Andes mountains, as nearly 50,000 people converge for a summit aimed at adopting a new global vision on how to plan, build and run cities equitably and sustainably.

The event — formally the U. N. Conference on Housing and Sustainable Urban Development, commonly known as HabitatIII — is only the third time in history that world leaders, mayors, business directors, practitioners, academics, activists and others have gathered to strategize on the cities of the future. At a press conference ahead of the event, Habitat III Secretary-General Joan Clos announced that 46,000 people had registered for this week’s four-day summit.

By the end of the conference, national governments will adopt a voluntary, non-binding agreement known as the New Urban Agenda. The document, which was finalized in September following four months of negotiation, is an urbanization strategy designed to guide national policies and local priorities over the next 20 years.

Ahead of the conference, attendance was confirmed for representatives of around 140 national governments, including at least 11 presidents, in addition to U. N. Secretary-General Ban Ki-moon. (Final participation numbers have not yet been confirmed.) The mayors of Barcelona, Bogotá, Dakar, Madrid, Montréal and Surabaya are among the big-city leaders in town. Joan Clos, former mayor of Barcelona and current head of UN-Habitat, will preside over the conference as its secretary-general.

[See: A Clos-up view on urbanization]

Mayors make up perhaps the most concerted delegation here outside of the national governments. At least 200 mayors from around the world are expected to attend this week’s events along with delegations from some 500 cities, according to organizers. They aim to share their perspectives on managing cities as they tackle issues such as climate change, poverty, health care, education, transportation, refugees and more.

Large mayoral delegations also met last week in Bogotá, Colombia, and again Sunday in Quito in a bid for what they call “a seat at the global table” of international decision-making that affects cities.

First and foremost, however, the focus here is on the 23-page text up for adoption. The New Urban Agenda is the first U. N. document to address the shape, form and function of cities since the world became majority urban a decade ago. By 2050, more than 70 percent of the world’s population will live in cities, current projections suggest.

With diagnoses and prescriptions for cities in rich and developing countries alike, the document seeks to offer a comprehensive toolkit of 21st-century urbanism. For instance, it calls for compact cities, polycentric growth, transit-oriented development, adequate public space and reining in sprawl.

Habitat III organizers see these prescriptions as important technical guidance. But this week’s conference and the strategy that will come out of it also are seen as a key opportunity to make the case that cities can and need to play a prominent role in addressing many of the world’s most intractable issues, including climate change, poverty and inequality.

Advocates say this would constitute a significant turnaround in global thinking on urbanization. For decades, urban areas have been seen negatively, as producers of pollution, traffic, crime and inequality. The New Urban Agenda urges a notably different vision: one that focuses on “urbanization as an engine of sustained and inclusive economic growth, social and cultural development, and environmental protection”, according to the text. That is widely seen as a landmark characterization in such a high-level agreement.

As a U. N. document, the signatories of the New Urban Agenda will be national governments. But the international audience that has come to Quito is here to push national representatives both to act on the New Urban Agenda’s provisions and to consult with them in the process.