He is the author of Technocracy Rising: The Trojan Horse of Global Transformation (2015) and co-author of Trilaterals Over Washington, Volumes I and II (1978-1980) with the late Antony C. Sutton.

Wood remains a leading expert on the elitist Trilateral Commission, their policies and achievements in creating their self-proclaimed “New International Economic Order” which is the essence of Sustainable Development on a global scale.

An economist by education, a financial analyst and writer by profession and an American Constitutionalist by choice, Wood maintains a Biblical world view and has deep historical insights into the modern attacks on sovereignty, property rights and personal freedom. Such attacks are epitomized by the implementation of U.N. policies such as Agenda 21, Sustainable Development, Smart Growth and in education, the widespread adoption of Common Core State Standards.

Wood is a frequent speaker and guest on radio shows around the nation. His current research builds on Trilateral Commission hegemony, focusing on Technocracy, Transhumanism and Scientism, and how these are transforming global economics, politics and religion. 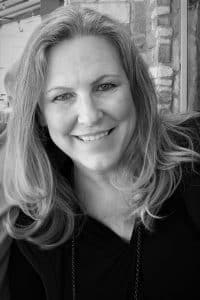 Mary Baker is a political activist, author, and educator residing in San Diego, California. Her first book, Citizen Ninja: Stand Up to Power published by Ronin Publishers, is a primer on how to engage effectively in the public square. Mary is a Keynote speaker covering topics such as Sustainable Development, Civic Engagement, and American Governance. She has also been a guest on several radio programs, most notably conservative commentator and radio personalities Barbara Simpson, the “Babe in the Bunker”, John B. Wells, “Caravan to Midnight”, and the late Dr. Stan Montieth of Radio Liberty.

Mary has served on several non-profit executive leadership teams including San Diego/Orange County Chapter of Citizens’ Alliance for Property Rights, and Citizens for Quality Education—San Diego. Mary is the immediate Past-President of California Federation of Republican Women—Southern Division and Rancho Bernardo Republican Women Federated. In spring 2015, Mary was appointed to serve on the City of Poway Budget Review Committee as well as the Poway Road Corridor Study Ad Hoc Committee.

Following a successful activism workshop series called How to Become a Citizen Ninja™ when Mary taught over 900+ citizens how to participate in the civic process effectively, she has recently teamed up with Patrick Wood, author and commentator for Technocracy News. Together they launched www.localactivist.org, the new home for Citizen Ninja on-line activism training and networking.

35 Comments on "About the Staff"