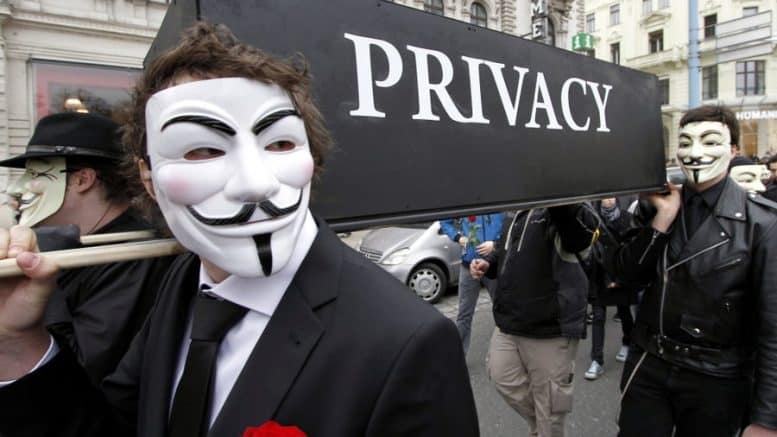 The only economic system in the world that called for the abolition of private property is Technocracy, where resources would be held in a global common trust administrated by Technocrat scientists and engineers. The WEF’s Great Reset is total annihilation of the status quo. ⁃ TN Editor

The World Economic Forum (WEF) was founded fifty years ago. It has gained more and more prominence over the decades and has become one of the leading platforms of futuristic thinking and planning. As a meeting place of the global elite, the WEF brings together the leaders in business and politics along with a few selected intellectuals. The main thrust of the forum is global control.

Free markets and individual choice do not stand as the top values, but state interventionism and collectivism. Individual liberty and private property are to disappear from this planet by 2030 according to the projections and scenarios coming from the World Economic Forum.

Individual liberty is at risk again. What may lie ahead was projected in November 2016 when the WEF published “8 Predictions for the World in 2030.” According to the WEF’s scenario, the world will become quite a different place from now because how people work and live will undergo a profound change. The scenario for the world in 2030 is more than just a forecast. It is a plan whose implementation has accelerated drastically since with the announcement of a pandemic and the consequent lockdowns.

According to the projections of the WEF’s “Global Future Councils,” private property and privacy will be abolished during the next decade. The coming expropriation would go further than even the communist demand to abolish the property of production goods but leave space for private possessions. The WEF projection says that consumer goods, too, would be no longer private property.

If the WEF projection should come true, people would have to rent and borrow their necessities from the state, which would be the sole proprietor of all goods. The supply of goods would be rationed in line with a social credit points system. Shopping in the traditional sense would disappear along with the private purchases of goods. Every personal move would be tracked electronically, and all production would be subject to the requirements of clean energy and a sustainable environment.

In order to attain “sustainable agriculture,” the food supply will be mainly vegetarian. In the new totalitarian service economy, the government will provide basic accommodation, food, and transport, while the rest must be lent from the state. The use of natural resources will be brought down to its minimum. In cooperation with the few key countries, a global agency would set the price of CO2 emissions at an extremely high level to disincentivize its use.

In a promotional video, the World Economic Forum summarizes the eight predictions in the following statements:

In a publication for the World Economic Forum, the Danish ecoactivist Ida Auken, who had served as her country’s minister of the environment from 2011 to 2014 and still is a member of the Danish Parliament (the Folketing), has elaborated a scenario of a world without privacy or property. In “Welcome to 2030,” she envisions a world where “I own nothing, have no privacy, and life has never been better.” By 2030, so says her scenario, shopping and owning have become obsolete, because everything that once was a product is now a service.

In this idyllic new world of hers, people have free access to transportation, accommodation, food, “and all the things we need in our daily lives.” As these things will become free of charge, “it ended up not making sense for us to own much.” There would be no private ownership in houses nor would anyone pay rent, “because someone else is using our free space whenever we do not need it.” A person’s living room, for example, will be used for business meetings when one is absent. Concerns like “lifestyle diseases, climate change, the refugee crisis, environmental degradation, completely congested cities, water pollution, air pollution, social unrest and unemployment” are things of the past. The author predicts that people will be happy to enjoy such a good life that is so much better “than the path we were on, where it became so clear that we could not continue with the same model of growth.”

It’s just to protect us…

Spreading sickness and disease was always a strategy of the power elite.
“Engineered diseases, epidemics, pandemics and vaccinations as instruments of power for the ruling class” – https://coronistan.blogspot.com/2020/11/erfundene-krankheiten-seuchen-pandemien.html Use translation option if necessary.
Check out the Deagel graphics! That is about to happen to all western, white, mostly Christian countries.

WEF: Private Property And Privacy Will Vanish By 2030 – David Icke

Anne
Reply to  WEF: Private Property And Privacy Will Vanish By 2030 – David Icke

Some folks outright reject David Icke. But that man has told more truth than some pastors and politicians. I don’t reject truth because someone speaks something along the way that I may not believe at first, understand or have knowledge of. A pastor friend of mine told me many years ago to eat the meat and throw away the bone.

This is the utopia that the elites are planning for themselves. So they think. It’s always more of everything for them and less of everything for everyone else. God will throw a monkey wrench into their wicked plans. These folks will not be immune from the great tribulation they’re helping to usher in. Life on earth will be as much hell for them as they have lived to impose on everyone else.

“Radical De-Globalization: Finding Back Our Freedom and Sovereignty: Tyrants Don’t Create Tyranny. Your Obedience Does.” – The New Abnormal

I have a backyard where Ida Auken can live rent and possession free 6 feet under.

Hello Patrick.. I have read, watched all your videos on this.. THERE NO WAY I WILL COMPLY. We need to come together and fight this..I m having a problem getting support and belief in this..I feel like I m in a bubble no one else sees the grand scheme of things..
I need to get some help on how to convince STUPID PEOPLE of whats coming.. Any answers??

I suggest taking a look at http://www.CitizensForFreeSpeech.org

A classic case of a new generation thinking of trying things that have so frequently failed in the past. Nationalisation – especially of the railways is one, Communism is another. The idea by Bertrand Russell of global government (which he soon realised was rubbish incidentally) is another example of misjudged thought. Only Capitalism has succeeded world wide – because it allows individual humans control over their lives and lets them pursue dreams and of course the opportunity to make mistakes. Capitalism of course too has a few issues which is why these twits think they can do better – when… Read more »