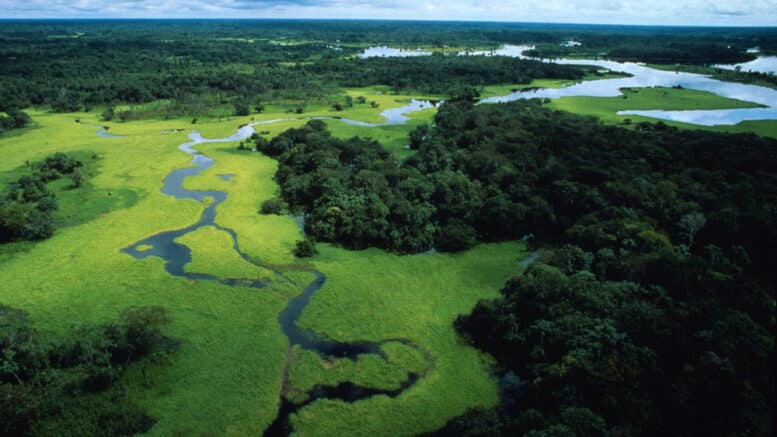 Please Share This Story!
PDF 📄
The World Economic Forum says it is extending the concept of Sustainable Development as Regenerative Capitalism: “business practices that restore and build rather than exploit and destroy.” This is yet one more propaganda phrase like Natural Capitalism, Smart Growth and Sustainable Development, aka Technocracy. ⁃ TN Editor

As we continue to live beyond our planet’s limitations, we need to reconsider the capitalist system we live in. This entails looking beyond net-zero emissions and setting eyes on leaving a net-positive impact on the planet. It’s called regenerative capitalism, and it holds a message of hope.

In April 2021, PepsiCo announced plans to practice regenerative farming on more than seven million acres of land worldwide, the equivalent of its entire agricultural footprint. “We know we have to do even more to create truly systemic change,” said the company’s Chief Sustainability Officer Jim Andrew.

“This is pretty major,” says John Elkington, author and authority on corporate responsibility and sustainability. “It’s a bit like when Microsoft said it was going to offset its carbon emissions for its entire history as a business.”

Regenerative capitalism, a notion coined by John Fullerton in 2015, or in PepsiCo’s case regenerative farming, refers to business practices that restore and build rather than exploit and destroy. Regenerative is about viewing the goal of net-zero carbon emissions as a stop-off on the longer journey to create the conditions for life to flourish resiliently and renew infinitely.

Businesses big and small have ascribed to the principles of being participants in the sustainable, responsible economy for decades now. “To be more transparent, to report, all of that sort of stuff. To be more accountable and to engage its stakeholders in a range of ways,” Elkington says.

However, sustainability, understood as merely mitigating harm, is a Band-Aid for broader issues with our planet. The reality is the way we do business remains harmful to the world’s long-term future. We continue living beyond our planet’s limitations, wrecking the habitat in which we expect to live for centuries to come.

More radical change is needed, and regenerative capitalism could be the answer we’re looking for.

The existential crisis of the notion

“To my mind, it’s an oxymoron in the US and in the Anglo-centric world of capitalism, but I had the fortune of growing up in Denmark, which is a very different form of capitalism.”

Regenerative capitalism is not a zero-sum game between profits and the planet, but a model where both can sit side-by-side.

Kjellerup Roper believes it’s possible to follow the principles of regenerative capitalism – where big business has a big role in not winding down the planet, but getting it back on an even keel – while also following the smart route to running a business.

It just requires a change in mindset and relearning some of the principles of smart business.

“Regenerative anything requires moving away from linear benchmarks, certainty and KPIs to an acknowledgment that things aren’t that simple,” she says.

In a regenerative capitalist world, there isn’t a PowerPoint slide that can save the planet. It requires a lot more deep thinking – some of which is unlikely to be that palatable to businesses focused primarily on the bottom line. “That’s the biggest challenge: to really move from that,” says Kjellerup Roper.

If responsible capitalism looks through the lens of “let’s do less harm,” regenerative capitalism realizes that business isn’t an addition to nature, but is intrinsically baked into it.

Companies may lay claim to the mantle of regenerative capitalism, while doing something that doesn’t quite fit the bill. There’s always a worry, when a new concept grips business, that it becomes little more than a buzzword.

To “Regenerative” means formed or created again, spiritually reborn or converted, or regenerated to a better, higher, or more worthy state. (Merriam-Webster). All of this has nothing to do with us, but with them the ‘creators’ (gods) who believe they can ‘re-create again’ (kinda like reincarnation). And capitalism: : an economic system characterized by private or corporate ownership of capital goods, by investments that are determined by private decision, and by prices, production, and the distribution of goods that are determined mainly by competition in a free market.” Only the ‘ competition in a free market’ is taken away. They steal all, they use… Read more »

“WEF: What IS Regenerative Capitalism And Who Cares?”Stealing the whole world by the money creators – and nobody cares…

They are forgetting something. Capitalism is only viable and can only endure as a feature of a polite (but strict), free, Christian society. Clear Christian values of right, wrong and good will to ones fellow man must exist – voluntarily adhered to – rather than the atheistic, mandatory and psychotic rodent scramble that we currently endure.

The Corona narrative has been played out to the last injection victims, so this looks like the new gaslit boondoggle. I have not spotted the loopholes yet but doubtless the PTB already have them ready.