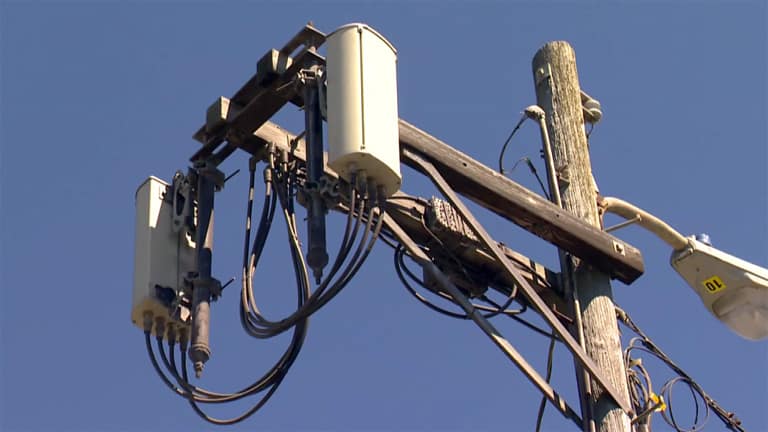 Please Share This Story!
PDF 📄
Even some industry insiders believe that 5G will exacerbate the ‘haves and have nots’ of the existing digital world, and will produce new divides. In other words, there will be new winners and losers with many being left out. ⁃ TN Editor

In the coming years, 5G wireless Internet stands poised to remake the online world, its unprecedented speed enabling advances in everything from public safety to virtual reality. Within this progress, however, there exists another near-certainty — segments of the population will be left out of the advantages.

Indeed, as small-cell networks enable blazing-fast Internet across the country, stakeholders in the government technology and innovation space say 5G will also exacerbate digital inequities. Angela Siefer, the executive director of National Digital Inclusion Alliance, said it’s important to understand here that the digital divide — meaning the split between individuals benefiting from new tech and those struggling in its wake — is made up of many smaller divides.

“I do think it’s going to worsen the digital divide,” Siefer said. “5G is yet another divide, and it adds to existing problems.”

There are three central problems at the heart of the digital divide: lacking Internet connection, lacking technological devices and lacking the skills to use new technology in a meaningful way. A lack of connection is an ongoing problem in many communities, especially those that are underserved — both in cities and rural areas — where it is not economically advantageous for telecom companies to build infrastructure or offer broadband at affordable rates.

Siefer said there is nothing about 5G that will make it a better option for communities already lacking affordable access to fast Internet. In addition, there is a distinct possibility that in order to access mobile 5G Internet, users will need a newer and more expensive device built for the increased speeds.

This all speaks to a larger ongoing issue in the country, which is that government and society at times still views broadband as a commodity, rather than a utility needed to foster equitable outcomes in education, healthcare, employment and other vital segments of daily life.

“It’s a service that is sold,” Siefer said. “It’s not a utility, it’s not regulated like a utility and those companies that provide it are beholden to their short shareholders.”

Dana Floberg, a policy manager with the media and technology equity advocacy group Free Press, agreed, noting there is a narrative being sold to the public that the country is locked in a must-win, high-stakes race to deploy 5G faster than other countries such as China.

Validity aside, that very notion only frames the issue as a technological challenge — asking how fast can we build small-cell networks — rather than an economic challenge. Ignoring the affordability component is likely to create all the same problems that have existed for years with other Internet services.

I felt this a bit when I learned that Microsoft will release its 2020 version of the Flight Simulator and it will “revolutionize” flysim etc etc, and when you see how it works, you need a very super fast connection – because it’s all “in the cloud” – and people like me, with only 8M cable connection in the countryside, or less, will be simply left out. Flight Simulation is not an essential thing, but extrapolate it to everything else and there’s the great divide – between haves and dead.