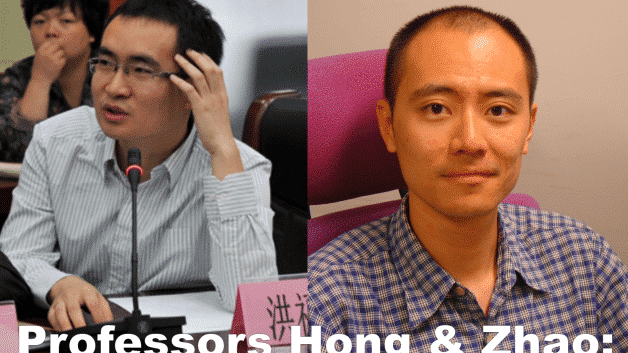 Please Share This Story!
PDF 📄
Notably, oriental cultures are not the only ones who elevate lying as a necessary and acceptable tactic for gaining an advantage over an adversary. In this case, lying to promote global warming hysteria has been raised to an art form. This is the Technocrat mind, that the end justifies the means. ⁃ TN Editor

You won’t find it shocking to learn that suppressing inconvenient facts, lying about climate science and exaggerating tales about natural weather are deliberate strategies for global warming campaigners.

What will shock you is that two professors not only candidly admit it, but published a paper in a peer reviewed journal touting the beneficial effects of lying for pushing nations into a UN climate treaty in Paris next year!

The title of their study?

See for yourself. You can read the abstract for their article in the American Journal of Agricultural Economics, here.

People ask me all the time, how can the global warming crowd tell such whoppers?

They not only believe that their dubious ends justify their shady means, they institutionalize “information manipulation” as a tactic, host panels about it at climate conferences and publish it in journals.

Take a look at this advance draft from CFACT President David Rothbard for one of our upcoming Just the Facts radio broadcasts:

“Global warming skeptics have long charged that alarmists are over-hyping the dangers of climate change. Now comes a new paper from two economists in Singapore and Hong Kong that actually advocates exaggerating global warming fears to get countries on board international environmental agreements.

According to Kevin Glass of Townhall.com, the paper claims that the urgency of climate change makes it OK to deceive the public about the projected consequences of global warming. They don’t actually use the word “lying,” but by calling for “informational manipulation and exaggeration,” they certainly think the ends justify these very questionable and over-heated means.”

We exposed these two professors paper on the utility of lying on Facebook and over 1,500 people shared it right away.

The ends never justify the means and truth is obligatory. One may never reach the intended end and so means must be self-justified by a high and moral code of ethics..

You’ll never see Progressives/Marxists using other than moral relativism to get what they want. The majority of Americans will never buy into what they are pushing if they knew what the consequences would be.

First, greed became ok, lying is becoming officially ok, means are before ends. And we keep measuring our intellects without the moral/ethical?!