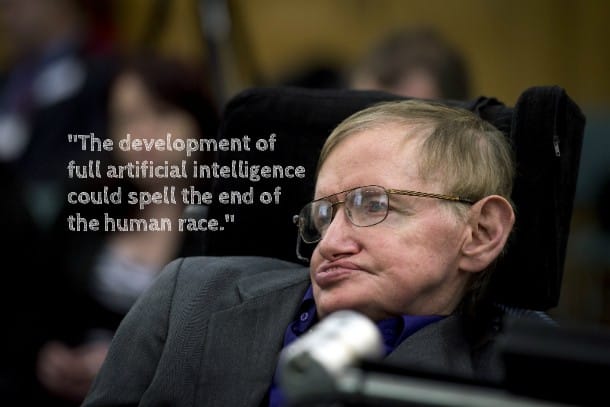 With untold masses of data being collected by government and Big Tech, only AI provides the kind of tool to precisely pull particles of data and turn it into actionable intelligence. Technocracy vacuums and analyzes data in order to perfect social engineering schemes dreamed up by them. ⁃ TN Editor

Last July, more than two dozen people were hurt during a shooting at a nightclub in Little Rock, Arkansas, an incident that was gang-related, according to local and national media coverage.

If you were an analyst in the American intelligence community covering terrorism issues related to Russia, that conclusion wouldn’t have interested you. What would have stopped you in your tracks, though, was that the next day the Russian consulate tweeted that the attack may have been terrorism involving Russians.

In the flood of news coverage of the attack and the countless other developments in the world, you might have missed the terrorism theory. After all, humans can only process so much information manually. But if you’d been using a new visualization tool from the artificial intelligence startup Primer, you would seen the intense interest in Russian media about the Little Rock attack. Though that theory eventually proved to be incorrect, you’d at least have been aware of the possibility, and been able to make some decisions about what you wanted to report to your superiors.

Today, Primer is coming out of stealth. The 35-person startup, which recently closed a $14.7 million Series A round of funding, has developed a machine learning system that is able to quickly search through tens of millions of data sources–news articles, academic papers, social media posts, and so on–to surface the kinds of information that is essential to both intelligence analysts and corporate analysts alike. The system is also capable of delivering the most salient data points in natural language that approaches the level of what a human analyst might write.

“For us, the big goal is to build a technology that can read and write, and help us understand the world,” said Primer CEO Sean Gourley, “as it becomes increasingly volatile, uncertain, and complex.”

Primer’s pitch to corporate and government clients is its technology’s ability to sift through immense quantities of data. According to IDC, the total amount of data produced globally will grow from 16.1 zettabytes (a trillion gigabytes) in 2016 to 163 zettabytes by 2025. Of that, 5.2 zettabytes will be subject to data analysis by 2025, 50 times more than last year. Artificial intelligence systems are expected to touch about 1.4 zettabytes by 2025, 100 times more than last year.

Those are big numbers, and Primer believes its technology can help its customers find the meaningful information that lives at the far end of the long tail, things that might be hidden in, as Gourley puts it, the seventh paragraph on page 163 of an obscure report. A human analyst might never have the time in her day to uncover something so deep in the stack, but Primer’s system is meant to highlight it if matches the analyst’s interests–and do so in a way that’s easy to digest and pass on to others.