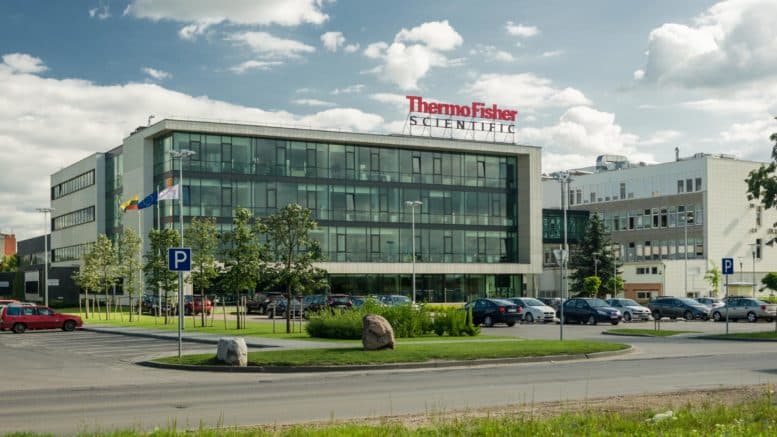 Technology transfer between West and East goes back as far as the Bolshevik Revolution, as proven definitively by the late Professor Antony Sutton. This is just a continuation of this pattern of collusion. ⁃ TN Editor

The authorities called it a free health check. Tahir Imin had his doubts.

They drew blood from the 38-year-old Muslim, scanned his face, recorded his voice and took his fingerprints. They didn’t bother to check his heart or kidneys, and they rebuffed his request to see the results.

Mr. Imin was one of millions of people caught up in a vast Chinese campaign of surveillance and oppression. To give it teeth, the Chinese authorities are collecting DNA — and they got unlikely corporate and academic help from the United States to do it.

China wants to make the country’s Uighurs, a predominantly Muslim ethnic group, more subservient to the Communist Party. It has detained up to a million people in what China calls “re-education” camps, drawing condemnation from human rights groups and a threat of sanctions from the Trump administration.

Collecting genetic material is a key part of China’s campaign, according to human rights groups and Uighur activists. They say a comprehensive DNA database could be used to chase down any Uighurs who resist conforming to the campaign.

Police forces in the United States and elsewhere use genetic material from family members to find suspects and solve crimes. Chinese officials, who are building a broad nationwide database of DNA samples, have cited the crime-fighting benefits of China’s own genetic studies.

To bolster their DNA capabilities, scientists affiliated with China’s police used equipment made by Thermo Fisher, a Massachusetts company. For comparison with Uighur DNA, they also relied on genetic material from people around the world that was provided by Kenneth Kidd, a prominent Yale University geneticist.

On Wednesday, Thermo Fisher said it would no longer sell its equipment in Xinjiang, the part of China where the campaign to track Uighurs is mostly taking place. The company said separately in an earlier statement to The New York Times that it was working with American officials to figure out how its technology was being used.

Dr. Kidd said he had been unaware of how his material and know-how were being used. He said he believed Chinese scientists were acting within scientific norms that require informed consent by DNA donors.

China’s campaign poses a direct challenge to the scientific community and the way it makes cutting-edge knowledge publicly available. The campaign relies in part on public DNA databases and commercial technology, much of it made or managed in the United States. In turn, Chinese scientists have contributed Uighur DNA samples to a global database, potentially violating scientific norms of consent.

Cooperation from the global scientific community “legitimizes this type of genetic surveillance,” said Mark Munsterhjelm, an assistant professor at the University of Windsor in Ontario who has closely tracked the use of American technology in Xinjiang.

In Xinjiang, in northwestern China, the program was known as “Physicals for All.”

From 2016 to 2017, nearly 36 million people took part in it, according to Xinhua, China’s official news agency. The authorities collected DNA samples, images of irises and other personal data, according to Uighurs and human rights groups. It is unclear whether some residents participated more than once — Xinjiang has a population of about 24.5 million.

In a statement, the Xinjiang government denied that it collects DNA samples as part of the free medical checkups. It said the DNA machines that were bought by the Xinjiang authorities were for “internal use.”

China has for decades maintained an iron grip in Xinjiang. In recent years, it has blamed Uighurs for a series of terrorist attacks in Xinjiang and elsewhere in China, including a 2013 incident in which a driver struck two people in Tiananmen Square in Beijing.

In late 2016, the Communist Party embarked on a campaign to turn the Uighurs and other largely Muslim minority groups into loyal supporters. The government locked up hundreds of thousands of them in what it called job training camps, touted as a way to escape poverty, backwardness and radical Islam. It also began to take DNA samples.

In at least some of the cases, people didn’t give up their genetic material voluntarily. To mobilize Uighurs for the free medical checkups, police and local cadres called or sent them text messages, telling them the checkups were required, according to Uighurs interviewed by The Times.

“There was a pretty strong coercive element to it,” said Darren Byler, an anthropologist at the University of Washington who studies the plight of the Uighurs. “They had no choice.”