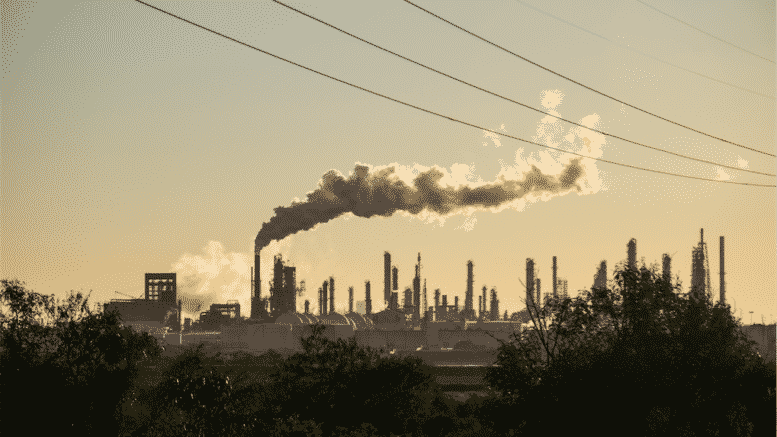 Please Share This Story!
PDF 📄
Prime Minister Boris “Mr. Brexit” Johnson has refined the concept of techno-populism by totally embracing Sustainable Development, aka Technocracy, and pushing radical global warming cutbacks on carbon emissions. If there were any resistance to this move, it is muted by draconian lockdowns over Covid.

TN has repeatedly noted that the pandemic’s Great Panic of 2020 was coupled with global warming to drive acceptance of Sustainable Development. The World Economic Forum has also made this connection. Now that Britains are beaten down with masks, lockdowns and criminal penalties for violations, they have lost their will to resist. ⁃ TN Editor

Boris Johnson is preparing to announce a fresh target to reduce the UK‘s carbon emissions ahead of the Cop26 international climate change summit later this year.

The UK has committed to reducing emissions by 68 per cent by 2030 — a target that is seen as one of the most ambitious among developed nations.

But the prime minister will in the coming days pledge a steeper cut of 78 per cent by 2035 compared with 1990 levels, according to the Financial Times.

The paper, quoting people who had been briefed on the plan, said the announcement would be made this week ahead of a major US summit on Thursday where President Joe Biden is expected to set out a new US target for reducing emissions.

But Mr Johnson has been urged to make international climate agreements legally binding after warnings from scientists that the UK doesn’t have a plan to meet its commitments.

Climate experts and scientists have drawn up draft legislation that could enshrine the Paris Agreement in domestic law and commit the government to produce a plan to meet it.

Despite support from over 118 MPs and peers, the government is denying the Commons parliamentary time to discuss the legislation.

More than 100 climate experts wrote to the prime minister on Monday demanding action.

Mr Johnson’s new target, if confirmed, would be in line with the recommendations of the Climate Change Committee, published last year, for the government’s sixth carbon budget.

In its report, the committee said that it would effectively bring forward by 15 years the UK’s commitment to getting to an 80 per cent reduction.

In order to be achieved, it said that there would have to be more electric vehicles, an extension of offshore wind power generation, a reduction in meat and dairy consumption and the planting of new woodland.

The reported move comes at a time when the government is anxious to give a clear lead on climate change in the run-up to the Cop26 talks in Glasgow in November.

The Department for Business, Energy and Industrial Strategy said that ministers would be making an announcement “shortly”.

A spokesperson said: “We will set our ambition for carbon budget six shortly, taking into account the latest advice from the Climate Change Committee.”

You’re off your tree, what do you think massive oil and gas are already, if not ‘technocracy’?
There’s a 6 Billion $$ floating gas processing plant off the coast of Australia.