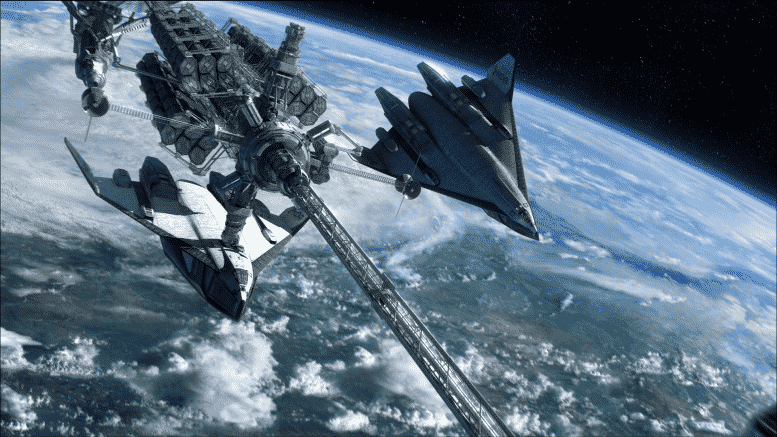 The ‘Event”? This is a penetrating article that concludes that the real future of technology is about just one thing: escape. This includes colonizing Mars (Musk), reversing the aging process (Thiel) and uploading minds into supercomputers (Kurzweil, Altman).  ⁃ TN Editor

Last year, I got invited to a super-deluxe private resort to deliver a keynote speech to what I assumed would be a hundred or so investment bankers. It was by far the largest fee I had ever been offered for a talk — about half my annual professor’s salary — all to deliver some insight on the subject of “the future of technology.”

I’ve never liked talking about the future. The Q&A sessions always end up more like parlor games, where I’m asked to opine on the latest technology buzzwords as if they were ticker symbols for potential investments: blockchain, 3D printing, CRISPR. The audiences are rarely interested in learning about these technologies or their potential impacts beyond the binary choice of whether or not to invest in them. But money talks, so I took the gig.

After I arrived, I was ushered into what I thought was the green room. But instead of being wired with a microphone or taken to a stage, I just sat there at a plain round table as my audience was brought to me: five super-wealthy guys — yes, all men — from the upper echelon of the hedge fund world. After a bit of small talk, I realized they had no interest in the information I had prepared about the future of technology. They had come with questions of their own.

They started out innocuously enough. Ethereum or bitcoin? Is quantum computing a real thing? Slowly but surely, however, they edged into their real topics of concern.

Which region will be less impacted by the coming climate crisis: New Zealand or Alaska? Is Google really building Ray Kurzweil a home for his brain, and will his consciousness live through the transition, or will it die and be reborn as a whole new one? Finally, the CEO of a brokerage house explained that he had nearly completed building his own underground bunker system and asked, “How do I maintain authority over my security force after the event?”

The Event. That was their euphemism for the environmental collapse, social unrest, nuclear explosion, unstoppable virus, or Mr. Robot hack that takes everything down.

This single question occupied us for the rest of the hour. They knew armed guards would be required to protect their compounds from the angry mobs. But how would they pay the guards once money was worthless? What would stop the guards from choosing their own leader? The billionaires considered using special combination locks on the food supply that only they knew. Or making guards wear disciplinary collars of some kind in return for their survival. Or maybe building robots to serve as guards and workers — if that technology could be developed in time.

That’s when it hit me: At least as far as these gentlemen were concerned, this was a talk about the future of technology. Taking their cue from Elon Musk colonizing Mars, Peter Thiel reversing the aging process, or Sam Altman and Ray Kurzweil uploading their minds into supercomputers, they were preparing for a digital future that had a whole lot less to do with making the world a better place than it did with transcending the human condition altogether and insulating themselves from a very real and present danger of climate change, rising sea levels, mass migrations, global pandemics, nativist panic, and resource depletion. For them, the future of technology is really about just one thing: escape.