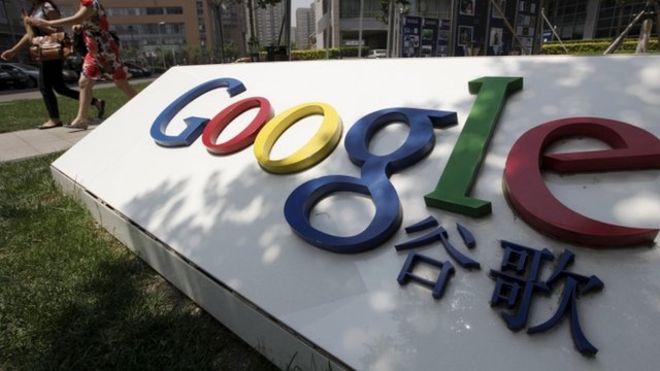 Google bosses were scrambling to contain leaks and internal anger on Wednesday after the company’s confidential plan to launch a censored version of its search engine in China was revealed by The Intercept.

Just a few hundred of Google’s massive 88,000-strong workforce had been briefed on the project prior to the revelations, which triggered a wave of disquiet that spread through the internet giant’s offices across the world.

Company managers responded by swiftly trying to shut down employees’ access to any documents that contained information about the China censorship project, according to Google insiders who witnessed the backlash.

“Everyone’s access to documents got turned off, and is being turned on [on a] document-by-document basis,” said one source. “There’s been total radio silence from leadership, which is making a lot of people upset and scared. … Our internal meme site and Google Plus are full of talk, and people are a.n.g.r.y.”

On a message board forum for Google employees, one staff member posted a link to The Intercept’s story alongside a note saying that they and two other members of their team had been asked to work on the Chinese censorship project, code-named Dragonfly.

“In my opinion it is just as bad as the leak mentions,” the employee wrote, adding that they had asked their manager to be removed from the project because they were uncomfortable with it. Another member of the team, the employee said, had decided to quit Google in large part due to concerns about Dragonfly.

“I had a meeting with my [vice president] about the project before leaving [it]. This was a short meeting for me, because my [vice president] refused to provide any information without me basically agreeing to a verbal [nondisclosure agreement],” noted the employee. “She did reemphasize that they had good reasons to keep all that private: they didn’t want the project to leak externally! That was enough for me to fuck off [from the group working on Dragonfly].”

Google did not immediately respond to a request for comment on the backlash.

Following the disclosure on Wednesday, several new sources inside Google independently confirmed the plans to news organizations, including Reuters, the Wall Street Journal, the New York Times, the Financial Times, Agency France-Presse, Vice News, and Bloomberg. One source who spoke to Bloomberg characterized the project as a “censorship engine,” which they said they viewed as a betrayal of Google’s values. Bloomberg described a ferocious discussion among Google staffers, with some backing the company’s censored search proposal because they believed that boycotting the country would not “bring any positive change.”

Publicly, Google has so far stayed silent about Dragonfly. The company has refused to address dozens of reporters’ questions about the project, and has instead issued a boilerplate statement saying that it does “not comment on speculation about future plans.” One source said some members of Google’s search engine team were on a company trip to Lake Tahoe, between California and Nevada, at the time the news broke, which blindsided them and “spoiled some folks’ vacation.”

The Dragonfly project was launched in spring 2017. Since then, small teams of Google engineers have been developing a custom Android app, different versions of which have been named “Maotai” and “Longfei.” The app has been designed to filter out content deemed undesirable by China’s ruling Communist Party regime, such as information about political opponents, free speech, democracy, human rights, and peaceful protest. The censored search will “blacklist sensitive queries” so that “no results will be shown” at all when people enter certain words or phrases, according to internal Google documents.

Google previously launched a censored search engine in China in 2006, but pulled the service out of the country in 2010, citing Chinese government efforts to limit free speech, block websites, and hack Google’s computer systems. The planned relaunch would represent a stunning reversal of that decision.

The company’s censorship project is likely to draw scrutiny from U.S. lawmakers. Sen. Marco Rubio, R-Fla., tweeted on Wednesday that he wanted to “learn more” about Google’s plans, which he said appeared “very disturbing.”

Human rights groups responded to the revelations with a chorus of condemnation. Amnesty International issued a statement calling on the internet giant to abandon the plan. “It is impossible to see how such a move is compatible with Google’s ‘do the right thing’ motto, and we are calling on the company to change course,” said Amnesty’s Patrick Poon.

A spokesperson for the New York-based group Human Rights in China said that Google had shown willingness to “trade principles and values for access to the Chinese market.” The spokesperson added: “If Google wants to be a credible global technology leader and demonstrate its commitment to core values and responsible corporate citizenship, it has to do better than kneeling before an authoritarian party-state. In the long run, Google will lose more than its own principled employees who refuse to be complicit.”

Maya Wang, China researcher at Human Rights Watch, said Google’s plans risked abetting Chinese government abuses. “That Google appears to be developing this censored version of a search engine in the midst of a harsh, nationwide crackdown on human rights in China — with the consultation of senior Chinese government officials — is alarming,” said Wang.