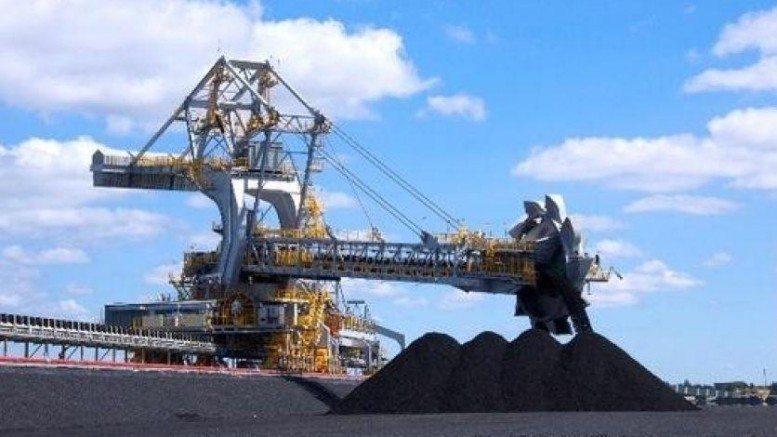 TN Note: President Obama pledged to destroy the coal industry in America and he has apparently succeeded with the bankruptcy of the largest and oldest coal titan in the nation. Peabody Energy is also the largest privately-owned coal company in the world. Overall, the war on carbon is devastating related industries all over the world. The United Nations is pushing companies to divest themselves of carbon-related investments in favor of alternative energy.

In the starkest sign yet of shifting fortunes in the coal industry, St. Louis-based Peabody Energy, the largest and most storied U.S. coal company, announced early Wednesday that it was filing for Chapter 11 bankruptcy.

The company cited an “unprecedented industry downturn,” which it attributed to a range of factors including an economic slowdown in China, low coal prices and “overproduction of domestic shale gas.” In the United States, cheap natural gas, driven by the shale-gas boom, has been steadily eating into coal’s share of electricity generation.

But Peabody was also weighed down by debt from its poorly timed $5.2 billion acquisition of Macarthur Coal of Australia in 2011, near the peak for coal prices there as Peabody underestimated Australian supplies and overestimated the growth of Chinese coal consumption.

Peabody said that its mines would continue operating and that its operations in Australia were not included in the Chapter 11 filing. The company also said it expected its shares to halt trading on the New York Stock Exchange.

In a statement, the firm’s president and chief executive, Glenn Kellow, said: “This was a difficult decision, but it is the right path forward for Peabody. We begin today to build a highly successful global leader for tomorrow.”

Shares of Peabody, whose stock trades under the symbol BTU — which is also a basic unit of energy, the British thermal unit — closed Tuesday at $ 2.06, leaving the company’s market capitalization at a measly $38 million. Shares have plunged more than 99 percent from their 2008 peak and from where they stood just five years ago. Dividend payouts to shareholders were halted in July 2015.

The firm dates to the 1880s. As a Peabody historical retrospective noted, Francis Peabody, its founder, began selling coal from the back of a mule-drawn wagon in Chicago in 1883. He opened Peabody’s first mine a few years later.

The company survived the Great Depression and notes that its coal fueled not only U.S. life in World Wars I and II but a historic Antarctic exploration by Richard Byrd in 1939. It was listed on the New York Stock Exchange in 1949 and became the world’s largest publicly held coal company amid the oil embargo of the 1970s.