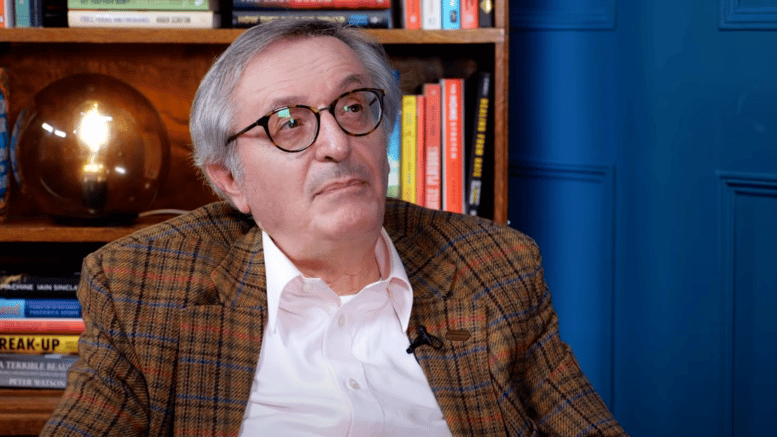 Please Share This Story!
PDF 📄
Britain has jumped from the frying pan into the fire by taking on Rishi Sunak as Prime Minister. A former Goldman Sachs banker, Rishi is the consummate picture of a Technocrat. The author notes that the Technocrat track record is not as rosy as they would have you think: “So their record is not at all one of competence. It’s one of repeated near-disaster.” ⁃ TN Editor

The point about these people is they’ve learned nothing. There’s no practical way of going back to before 2016. Already in 2016, the world hadn’t fully recovered from a near catastrophic financial crisis which these adults in the room, these extremely intelligent men and women, had given us. The halcyon period of technocratic competence included, going back to the start, long-term capital management melting down in 1998, after Russia defaulted on its debt. That was patched up but it also began what later was called quantitative easing … You then had the 2007-2008 crash. And you also had gruesome sideshows like 20 years in Afghanistan. This is what the adults in the room, this is what the technocrats, the people who are now coming back as safe hands, as competent administrators, this is what they did. So their record is not at all one of competence. It’s one of repeated near-disaster.

They think of themselves as the way of the future. But the future has melted down. It’s not there anymore; their future’s gone. Their future was one in which the whole world would marketise, in which geopolitics would surrender to geoeconomics, global markets. All the states that were emerging, China, Russia and others, would see that their advantage lay with integrating into the global market. Geopolitical struggles would attenuate. They would still be there, but would become less important over time. The opposite has happened. The global market doesn’t exist the way it seemed to exist then and it’s certainly not evolving towards this global market stability that they expected. So, the fundamental problem in this nostalgia, this Osbornist technocratic project, is that they’re adapting to a world that no longer exists, and isn’t coming back. It is a hopeless nostalgia.

What the Tories get wrong about Brexit

Insofar as Brexit’s a Tory project, it is: Global Britain, supply-side reforms, free market, open the British economy even more to the buffeting of the world. Whereas what people wanted in the North and the Midlands, and other parts of the country, from Brexit, I think, was some shelter from those storms. They wanted not a smaller state, a state that had retreated even further. They wanted actually, maybe not a bigger state, although most of them I think probably did, but one which was more protective of them and more concerned with their wellbeing and more active. So the majority of those who voted for Brexit did not vote — perhaps the overwhelming majority — for the reasons that the Tory Brexiteers thought. And that, of course, introduced a contradiction in the whole Tory Brexit project, which meant it couldn’t work.

Why the technocrats don’t get populism

The only way they could understand these movements, what they called populism, was to say that these are stupid, ignorant people. If they merit any sympathy, it’s that they’re being misled by demagogues. But there can be no real merit, no logic, no justice to their claims. And so that itself was a failure of intelligence. I think populism is a term liberals apply to the political blowback of their policies that they fail to comprehend. It was caused by them…

But I think apart from anything else, apart from the morally, profoundly repellent and even abhorrent attitude these technocrats, these liberals, these progressives, technocratic and otherwise, had for their fellow citizens — apart from that — it’s a failure of understanding. Where did it come from? The devil? Where did this strange sort of diabolical combination of demagoguery and mass stupidity suddenly emerge from? It’s a tremendous failure of intelligence and it’s being repeated.

The technocrats now believe they’ve got a second chance and they’re back in the seats of power. They haven’t got the conceptual equipment to understand that forces other than those that fit into their largely economic view of the world — and of human beings themselves and of human action, it’s an economic view of human action — isn’t realistic and doesn’t really work and they can’t acquire the skills without taking too much out of their worldview.

Why Rishi will fail

Anyone who thinks Rishi Sunak is going to be able to stabilise the boat of the British economy to the point at which growth can resume in a few years — they’ve only got two years more in office — is completely delusional. Because the recessionary forces — put aside even war — in the world economy are very, very strong. And the combination of tightening monetary policies with tightening fiscal policies, with higher taxes, lower spending, and cutting back on quantitative easing, can only exacerbate all kinds of painful trends for the general population. So it’s not going to be politically stable. I’m not convinced that the internal cannibalism of the Conservative Party will permit Rishi to even last to January 2025. There could be another cycle of regicide and folly. But then Labour come in, and then what do they do? Because they are actually also committed to Osborne’s vision.

Have you read about the (exclusively) male immigrants the UK gov is putting up in hotels (that their gov has purchased) in small resort towns? These are NOT families, WTH? Perhaps all this has something to do with the UK’s gov’s plans for the near future?

Britain And The Revenge Of The Technocrats | Shift Frequency

The fasco-Marxists back at it.

Ils n’ont rien appris, ni rien oublié (“They had learned nothing and forgotten nothing.”) Attributed to Talleyrand, but recognized since the 19th century as a adoption, possibly used by Talleyrand, from a 1796 letter to Mallet du Pan by French naval officer Charles Louis Etienne, Chevalier de Panat: Personne n’est corrigé; personne n’a su ni rien oublier ni rien apprendre. “Nobody has been corrected; no one has known to forget, nor yet to learn anything.”

[…] Britain And The Revenge Of The Technocrats […]