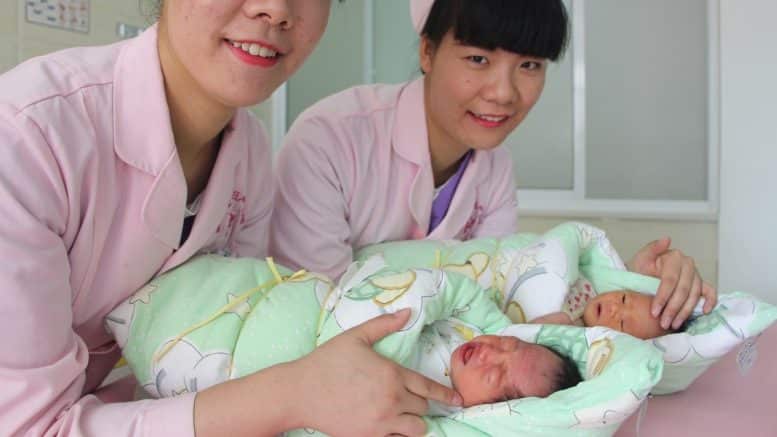 Please Share This Story!
PDF 📄
The renegade scientist who edited the gene of twin girls said it was for HIV resistance, but now it is learned that the same gene is directly related to enhanced cognition. This may have been the real goal from the beginning. ⁃ TN Editor

New research suggests that a controversial gene-editing experiment to make children resistant to HIV may also have enhanced their ability to learn and form memories.

he brains of two genetically edited girls born in China last year may have been changed in ways that enhance cognition and memory, scientists say.

The twins, called Lulu and Nana, reportedly had their genes modified before birth by a Chinese scientific team using the new editing tool CRISPR. The goal was to make the girls immune to infection by HIV, the virus that causes AIDS.

Now, new research shows that the same alteration introduced into the girls’ DNA, deletion of a gene called CCR5, not only makes mice smarter but also improves human brain recovery after stroke, and could be linked to greater success in school.

“The answer is likely yes, it did affect their brains,” says Alcino J. Silva, a neurobiologist at the University of California, Los Angeles, whose lab uncovered a major new role for the CCR5 gene in memory and the brain’s ability to form new connections.

“The simplest interpretation is that those mutations will probably have an impact on cognitive function in the twins,” says Silva. He says the exact effect on the girls’ cognition is impossible to predict, and “that is why it should not be done.”

The Chinese team, led by He Jiankui of the Southern University of Science and Technology in Shenzhen, claimed it used CRISPR to delete CCR5 from human embryos, some of which were later used to create pregnancies. HIV requires the CCR5 gene to enter human blood cells.

The experiment has been widely condemned as irresponsible, and He is under investigation in China. News of the first gene-edited babies also inflamed speculation about whether CRISPR technology could one day be used to create super-intelligent humans, perhaps as part of a biotechnology race between the US and China.

There is no evidence that He actually set out to modify the twins’ intelligence. MIT Technology Review contacted scientists studying the effects of CCR5 on cognition, and they say the Chinese scientist never reached out to them, as he did to others from whom he hoped to get scientific advice or support.

“As far as I know, we never heard from him,” says Miou Zhou, a professor at the Western University of Health Sciences in California.

Although He never consulted the brain researchers, the Chinese scientist was certainly aware of the link between CCR5 and cognition.  It was first shown in 2016 by Zhou and Silva, who found that removing the gene from mice significantly improved their memory. The team had looked at more than 140 different genetic alterations to find which made mice smarter.