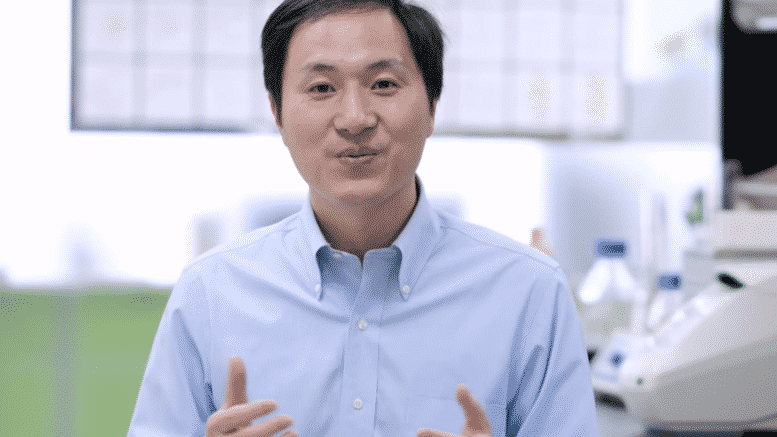 Professor He Jiankui is a consummate Chinese Technocrat, applying advanced technology to the human condition while scorning oversight and regulation. The human genome has now officially been violated. ⁃ TN Editor

Chinese scientist He Jiankui shocked the scientific community after revealing that he had successfully altered the DNA of twin girls born in November to prevent them from contracting HIV Chinese scientist He Jiankui speaks at the Second International Summit on Human Genome Editing in Hong Kong on November 28, 2018.Organisers of a conference that has been upended by gene-edited baby revelations are holding their breath as to what He, the controversial scientist at the centre of the “breakthrough”, will say when he takes the stage on November 28.

The second woman carrying a gene-edited foetus in China is now 12 to 14 weeks into her pregnancy, according to a US physician in close contact with the researcher who claimed to have created the world’s first genetically-modified babies last year.

Chinese scientist He Jiankui shocked the scientific community after revealing that he had successfully altered the DNA of twin girls born in November to prevent them from contracting HIV.

State media reported on Monday that a preliminary investigation confirmed that a second woman became pregnant and that she will be put under medical observation, but no other details about her are known.

Professor He, who now faces a police investigation, had mentioned the potential second pregnancy at a human genome conference in Hong Kong in late November, but its status was unclear until now.

William Hurlbut, a physician and bioethicist at Stanford university in California who has known He for two years, told AFP it was “too early” at the time for the foetus to appear on an ultrasound.

Based on extensive conversations with He, Hurlbut said: “I get the impression the baby was fairly young when the conference happened. It could only be detected chemically, not clinically (at the time).

Hurlbut said he had planned to visit He’s lab following the genome summit. They had seen each other several times over the past two years.

But after news of his experiment was published, He was placed “under protection of security people” and the two never saw each other in person, he said.

They exchanged emails and spoke on the phone every week after that, but Hurlbut last heard from He seven days ago.

He has been residing in an apartment at the Southern University of Science and Technology (SUSTech) in the city of Shenzhen, where his family has been allowed to visit him in the day time, Hurlbut said.

“He doesn’t sound like a person under terrible fear or stress.” said Hurlbut.

“He said he was free to go out on to the campus and walk around.”

But He could be facing legal trouble.

A probe by the Guangdong provincial government found that He had “forged ethical review papers” and “deliberately evaded supervision”, according to state-run Xinhua news agency.