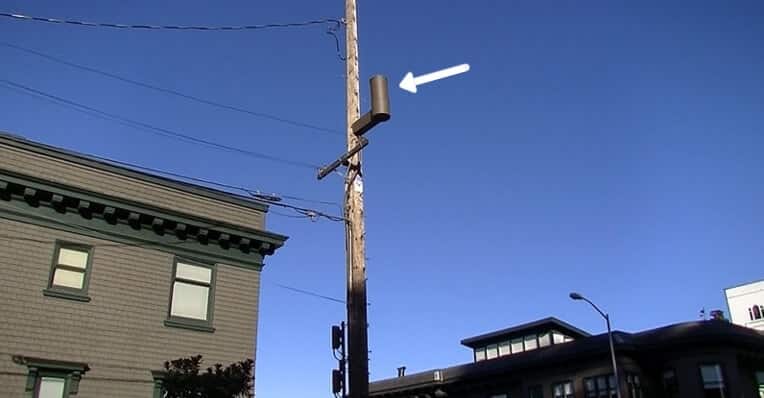 Please Share This Story!
PDF 📄
Cities are the losers as giant telecom companies grab real estate for high density 5G towers. That the FCC would deny cities’ rights to control their own destiny is patently unconstitutional and likely illegal as well, but the lobby steamroller could care less.

Residents are rebelling over a) health safety b) property value declines c) no say in policies. ⁃ TN Editor

There is perhaps no technology as appealing yet daunting to city leaders as 5G, which continues to roll out across the United States in a process largely led by the four major telecom companies.

Anxiety around the deployment has only been heightened in the wake of a Federal Communications Commission (FCC) decision handed down last year to accelerate approval times and cap fees that cities could charge for installing small cells, the infrastructure needed for 5G.

While some have turned to litigation to try and overturn the ruling — a bill pending in Congress would do the same — some experts suggest cities prepare a strong roll out plan for 5G.

“I think it is in the best interest of cities to realize where this is coming from and why this is happening and how to best implement it,” Praveen Gupta, founder and CEO of mobile consulting firm Mobilestack, said in a speech at the Smart Cities Connect conference in National Harbor, MD. “Some sort of a forward-looking approach, in my view, is needed rather than business as usual.”

Even with the new limitations on local control imposed by the FCC, speakers said cities should be deliberate in their planning and partner where they can. Greenwood Village, CO City Manager John Jackson said telecoms are “absolutely wanting to deploy,” although cities must balance that with some residents’ desire not to have their views dogged by oversized “street furniture.”

Jackson said that cities should create strict laws and ordinances governing the roll out of 5G infrastructure and do what they can within the FCC’s limitations to govern the aesthetics, which remains an issue for city leaders.

He also said that if the city owns its light poles, traffic signals or other existing infrastructure, it should look to use them as a place for small cells, as they already have a purpose. “It doesn’t make any sense to me to put up vertical infrastructure that you can’t use,” he continued.

City residents have raised concerns over the health impacts of 5G infrastructure, especially radiation effects from the towers and other cells used to transmit the signal. While Gupta said that the radiation risk is low, cities could play a role in educating their residents about 5G and why health fears are unfounded.