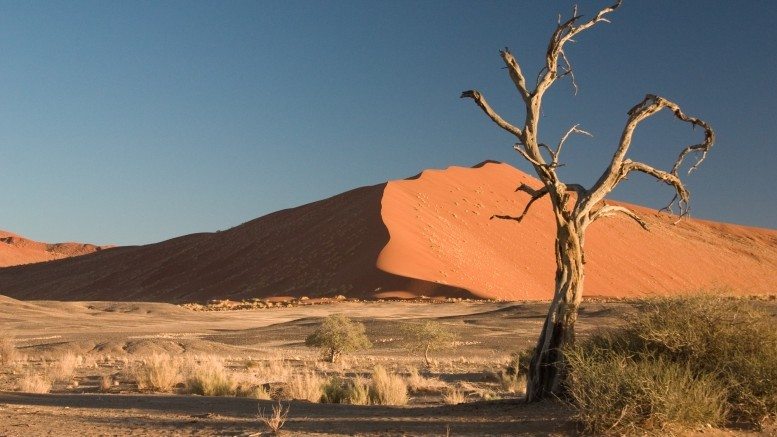 Please Share This Story!
PDF 📄
TN Note: This article is right on the money. Climate alarmists are thoroughly disingenuous when they cloak their true goals of global redistribution of wealth. This is nothing short of a complete replacement of Free Enterprise and Capitalism in favor of Technocracy – aka Green Economy and/or Sustainable Development.

Fraud: While the global warming alarmists have done a good job of spreading fright, they haven’t been so good at hiding their real motivation. Yet another one has slipped up and revealed the catalyst driving the climate scare.

We have been told now for almost three decades that man has to change his ways or his fossil-fuel emissions will scorch Earth with catastrophic warming. Scientists, politicians and activists have maintained the narrative that their concern is only about caring for our planet and its inhabitants. But this is simply not true. The narrative is a ruse. They are after something entirely different.

If they were honest, the climate alarmists would admit that they are not working feverishly to hold down global temperatures — they would acknowledge that they are instead consumed with the goal of holding down capitalism and establishing a global welfare state.

Have doubts? Then listen to the words of former United Nations climate official Ottmar Edenhofer:

“One has to free oneself from the illusion that international climate policy is environmental policy. This has almost nothing to do with the environmental policy anymore, with problems such as deforestation or the ozone hole,” said Edenhofer, who co-chaired the U.N.’s Intergovernmental Panel on Climate Change working group on Mitigation of Climate Change from 2008 to 2015.

For those who want to believe that maybe Edenhofer just misspoke and doesn’t really mean that, consider that a little more than five years ago he also said that “the next world climate summit in Cancun is actually an economy summit during which the distribution of the world’s resources will be negotiated.”

Mad as they are, Edenhofer’s comments are nevertheless consistent with other alarmists who have spilled the movement’s dirty secret. Last year, Christiana Figueres, executive secretary of U.N.’s Framework Convention on Climate Change, made a similar statement.

“This is the first time in the history of mankind that we are setting ourselves the task of intentionally, within a defined period of time, to change the economic development model that has been reigning for at least 150 years, since the Industrial Revolution,” she said in anticipation of last year’s Paris climate summit.

“This is probably the most difficult task we have ever given ourselves, which is to intentionally transform the economic development model for the first time in human history.”

The plan is to allow Third World countries to emit as much carbon dioxide as they wish — because, as Edenhofer said, “in order to get rich one has to burn coal, oil or gas” — while at the same time restricting emissions in advanced nations. This will, of course, choke economic growth in developed nations, but they deserve that fate as they “have basically expropriated the atmosphere of the world community,” he said. The fanaticism runs so deep that one professor has even suggested that we need to plunge ourselves into a depression to fight global warming.

Perhaps Naomi Klein summed up best what the warming the fuss is all about in her book “This Changes Everything: Capitalism vs. the Climate.”

“What if global warming isn’t only a crisis?” Klein asks in a preview of a documentary inspired by her book. “What if it’s the best chance we’re ever going to get to build a better world?”

In her mind, the world has to “change, or be changed” because an “economic system” — meaning free-market capitalism — has caused environmental “wreckage.”

This is how the global warming alarmist community thinks. It wants to frighten, intimidate and then assume command. It needs a “crisis” to take advantage of, a hobgoblin to menace the people, so that they will beg for protection from the imaginary threat. The alarmists’ “better world” is one in which they rule a global welfare state. They’ve admitted this themselves.

This is extremely alarming and should be brought to the attention of the public, however the media and politicians have been thoroughly brainwashed and do not want to hear this

Sadly, the “favored” corporations and the elite will be exempt from any and all regulations, as they only apply to the global serfs. We will be foreced into stack and pack housing, and they will have their palatial redoubts in the most scenic of vistas, stokced with the finest of everything;not to be spoiled by lowly serfs, begging for jobs and sustenance.

Well, gee whiz. Why don’t all of us pretend that our arms are wings, flap them and fly away to Nirvana in the Clouds. That would be no greater pretense than to pretend that governments can redistribute prosperity without at the same time producing and/or redistributing an even greater amount of poverty.
Fascist fanatics are truly strange and different — and I won’t say people because I’m unsure whether they qualify. It does seem that there are a couple of very basic facts that they tend to disregard: We are human beings and we live on planet Earth.

Nothing new here.
Here’s a wise old adage which I found never fails and which gives you the truth behind ANY story on the planet: “Follow The Money Trail”. That’s it. Pretty simple, hmm? If there’s money to be made, people will do it. That’s all climate change has ever been about. I believe fully in the capitalist system (name me a country that hasn’t survived under it); but institutionalized socialism is a cancer (name me a country that HAS prospered under it – there isn’t one): and that is also what this movement is. A global plague.

Over the last two generations people have completely forgotten that old adage Joe–“Follow the Money”. It always finds the truth behind any deception.