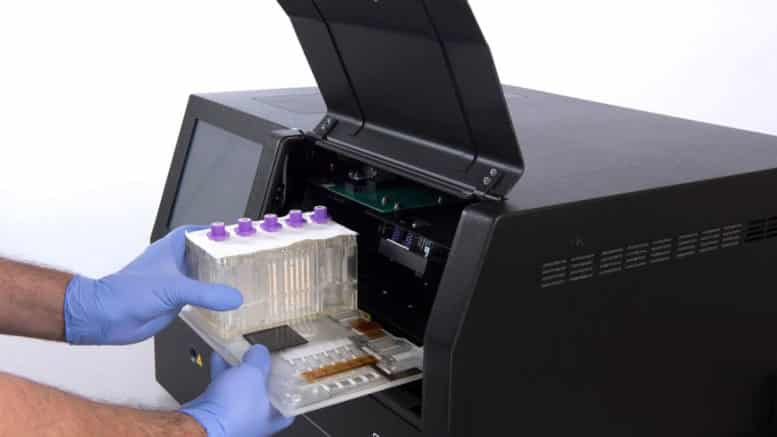 Posted By: Pricilla Alvarez and Geneva Sands May 1, 2019

Please Share This Story!
PDF 📄
DHS use of DNA testing is a slippery slope for the rest of American society. Even is safeguard policies are put into place to protect American citizens, those policies can just as easily be changed. Thus far, Congress has not entered the discussion. ⁃ TN Editor

The Department of Homeland Security will start a DNA testing pilot program next week to help identify and prosecute individuals posing as families in an effort to target human smuggling, two department officials confirmed to CNN.

The Rapid DNA testing, as it’s known, involves a cheek swab and can, on average, provide results in about 90 minutes, a senior Immigration and Customs Enforcement official said.

The pilot program will run for two to three days in two border locations, the official added.

It’s the latest move by the Trump administration to address the swell of migrants, predominantly families and children from Central American countries, at the border using a wide variety of technology and increased resources to fight illegal immigration.

DHS has repeatedly warned that children are being exploited by traffickers to skirt the nation’s immigration laws. Currently, the government can’t hold migrant children in detention for more than 20 days, often leading to the release of families — or groups posing as families — until their immigration court hearing, a practice President Donald Trump has derided as “catch and release.”

The information collected in the DNA test will not be stored or shared, the ICE official said.

DHS press secretary Tyler Houlton also confirmed the pilot program.
According to DHS, there was a 315% increase “in the number of cases of adults with minors fraudulently posing as ‘family units’ to gain entry” from October 2017 to February 2018.

“Cases of ‘fake families’ are popping up everywhere. And children are being used as pawns,” former Homeland Secretary Secretary Kirstjen Nielsen in a speech last month. She also said DHS had uncovered “child recycling rings,” a process of using children repeatedly in an attempt to released in the US.

Both ICE and Customs and Border Protection — two agencies within DHS that handle the processing of migrants — will be involved in the pilot. CBP will make a referral for investigation and ICE Homeland Security Investigations will take it from there, the senior official said.

National Border Patrol Council President Brandon Judd said he supports the use of DNA testing as a means of preventing child abuse.

“Rapid DNA is really the only way that we are going to positively be able to identify these children. Even if the cost is great, in order to protect these children, I think the cost is well worth it,” he said.

Child trafficking is disgusting. However, this border DNA practice looks like Gattaca rising. What kind of trouble are these border people going to have when a ‘blended’ family tries to cross? Are the adults going to be arrested because they are not biological grandparents, step-parents? What about close friends? I know people with many families that travel together and they are not directly related. Bottom line here is that there are complex issues involved in matching DNA at a border crossing. I’d say that Trump hasn’t thought this through but I’d be wrong. He has just as his predecessor thought… Read more »