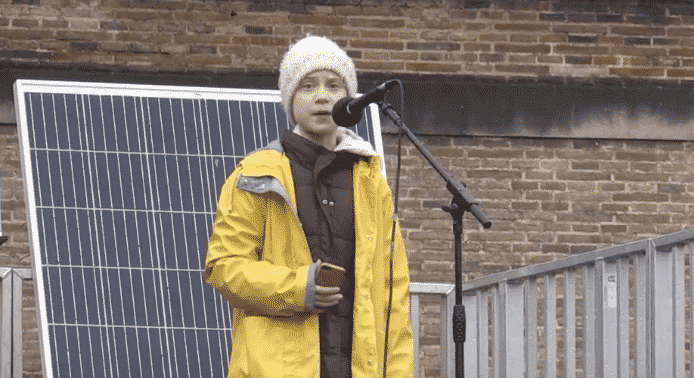 Please Share This Story!
PDF 📄
Greta Thunberg and her adult handlers are destroying a generation of youth by inducing anxiety, sleeplessness and nightmares over climate change. Likely nobody will ever be held accountable for this form of mass child abuse. ⁃ TN Editor

A growing number of children are being affected by eco-anxiety – concern about ecological disasters – new research suggests.

In order to find out more about how children feel about climate change, BBC Newsround conducted a survey of 2,000 eight to 16-year-olds.

The poll showed that young people are feeling frustrated and anxious about the state of the planet with 80 per cent saying the problem of climate change was important to them, and more than a third saying it was very important.

Nearly three quarters (73 per cent) added that they were worried about the state of the planet right now, including 22 per cent who say they were “very worried”.

When asked about their futures, almost three in five (58 per cent) children said that they are concerned about the impact that climate change will have on their lives, with many admitting these worries often come out in unusual ways.

Nearly one in five (19 per cent) of the children surveyed admitted to having a bad dream about the climate crisis, while 17 per cent said they have had their sleeping and eating habits affected by their concerns.

When questioned about the action being taken by grown-ups to tackle the problem, a large number of children said they feel frustrated about the progress being made.

More than half (59 per cent) of participants said they don’t think their voices are being heard on climate change, while nearly two thirds (64 per cent) don’t believe people in power are listening to them enough when they do talk about it.

Emma Citron, a consultant clinical child psychologist, said that young people often find it difficult to come to terms with the scale of the problem of climate changes and what often seems like a lack of response shown by governments and world leaders.

This is a glaring example of a captured educational system and distracted parents. As has always been an objective of the globalists, “Get them while they are young.”

Hello. Thanks for this article. I read technocracy news daily. I recently managed to purchase the book HARD ROAD TO WORLD ORDER.
I also think that apart from being child abuse, this whole climate climate change issue is causing or bringing out rebellion in the young peopl.
Just listen to Greta speak.look at the Friday bycot of school.
That is rebellion.
I am Kiyimba P.K in Uganda.