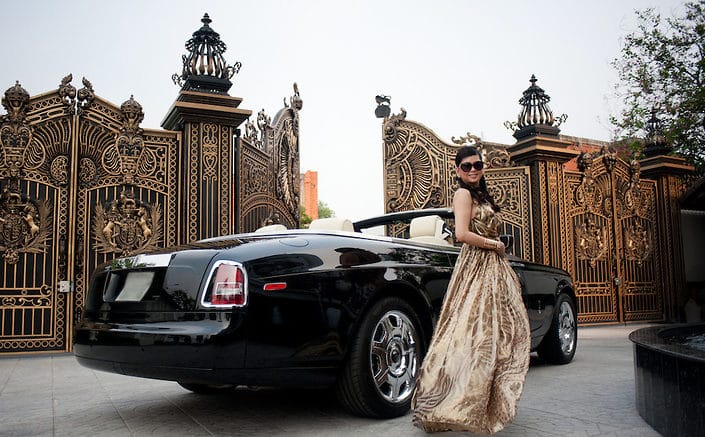 Please Share This Story!
PDF 📄
Rich transhumans, many of whom are associated with Silicon Valley and Big Tech, fully expect that gene editing will take over the process of evolution, allowing them to design humanity 2.0. They are wrong, but that won’t hinder their efforts. ⁃ TN Editor

At a time when new technology such as gene editing offers unprecedented control over our own biology, the latest wave of medical advances, including powerful DNA-editing technology like CRISPR/Cas9, is a source of excitement and optimism.

CRISPR works like a genetic scalpel to cut a patient’s DNA, targeting and repairing genes at risk of disease.

This method of gene editing may one day make certain diseases – including Alzheimer’s, sickle cell disease, and some forms of cancer – a thing of the past.

While traditional treatments for chronic illnesses generally address the symptoms, this offers the potential of a permanent cure by attacking the disease at the source. Once genetic mutations are removed from a patient’s cells, the cells can resume normal function for the rest of the patient’s life.

What are the ethical concerns surrounding gene editing?

Gene editing technologies are not without controversy – from ethics to whether it will become a plaything of the super-rich.

One main issue of CRISPR lies in its simplicity, which means it is easier for unauthorised persons to experiment with the technology.

Already, CRISPR has become a favorite of amateur ‘biohackers’, with one man injecting himself with a homemade cocktail in a misguided attempt to boost his biceps. Another tried (and failed) to cure himself of AIDS.

And in late 2018, headlines blared that an ambitious researcher conducted secret gene editing trials in China, making mutations in human embryos to protect against HIV and then apparently turning those embryos into twin babies.

Researchers were aghast at the shoddy science and the premature use of CRISPR in human patients.

While scientists, ethicists, and regulators have called for a ban on gene editing research in human embryos until the risks are better understood, it may be impossible to prevent willing patients and unscrupulous researchers from experimenting with gene editing in humans.

How much will gene editing cost?

Spark Therapeutics plans to charge US patients $850,000 for a gene therapy that treats a rare form of genetic blindness in children.

By some estimates, that’s a bargain: analysts expected a list price as high as $1 million per patient, or a half million dollars per eyeball.

There’s little reason to expect that the next approved genetic therapy will be much cheaper.

In a time when new technology offers unprecedented control over our own biology while global one per cent-ers seem to be the only ones who can afford access, is humanity at a crossroads?

Are we headed for a future where those with the means will be able to purchase genetic superiority, leaving the rest of us behind?

“Are we headed for a future where those with the means will be able to purchase genetic superiority, leaving the rest of us behind?”

The truth lies in what one considers “superior”. The materialistic world view along with its spiritual corruption appears in it’s highest form here. All evidence of any superior human trait is clearly to the contrary.

Rich people, assuming they are self made and not lottery winners are already superior.

LOL….Show me someone who is spiritually superior and I’ll show you someone who depends on the efforts of materialists for their food, etc.

I think you are confused. One does not have to be a ‘materialist’ to grow food. Again, thanks for a very good laugh.