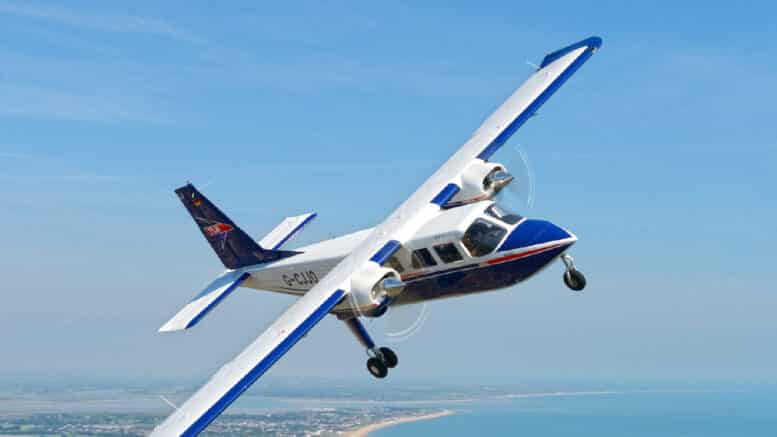 Please Share This Story!
PDF 📄
The rush is on to apply AI to pilotless airplanes. By 2030, the world’s air travel could be fully automated from entering one airport and exiting another in a different location. Of course, you may still need your COVID passport to even make the reservation. ⁃ TN Editor

Britten-Norman, Britain’s only independent commercial aircraft manufacturer, said its ultimate goal was optional full automation which “should be realised within this decade”

he Isle of Wight-based company said it will allow operators to offer “uncrewed and piloted” flights.

Britain’s only independent commercial aircraft manufacturer said its ultimate goal of optional full automation “should be realised within this decade”.

But pilotless planes will need regulator approval and will likely scare off passengers, the British Airline Pilots’ Association said.

Britten-Norman this week announced it had teamed up with British autonomous flight specialist Blue Bear to develop the technology.

The two companies are to launch a project to automate Britten-Norman’s Islander later this month.

It flies on commercial routes between Scottish islands and is used for passenger flights and cargo operations.

The twin-engine utility aircraft is also used for search-and-rescue and has a short take-off and landing capability.

The team behind the project said: “Eventually the system will allow the Islander to take off, fly and land without any human input but the first milestone will be an automated co-pilot which can advise its human operator.”