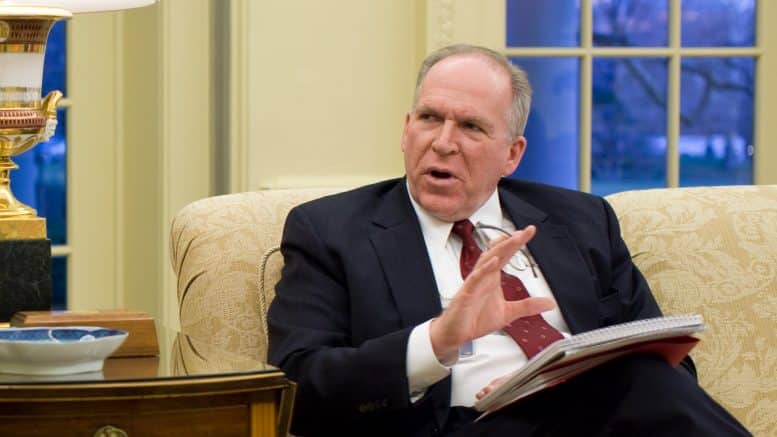 Rogue intel agencies are obsessed about collecting ‘more data’ because they are freaked-out about what they don’t know, so says former CIA Director John Brennan. This is a purely Technocrat-mindset predicated on the “science of social engineering” that is a core tenet of Technocracy. ⁃ TN Editor

For years, John Brennan was a walking vault for top-secret government information.

Brennan was the director of the CIA until early 2017, but he says keeping those secrets was hardly the most important part of his job.

In an episode of Business Insider’s podcast, “Success! How I Did It,” Brennan spoke with Business Insider US editor-in-chief Alyson Shontell. Shontell asked Brennan how he dealt with the stress of knowing so much and not being able to share it with anyone.

“No, I don’t know everything. Absolutely I don’t know. To me, it’s Socratic wisdom, which is you start to realize how much you don’t know and for an intelligence officer, even for others, it’s critically important to understand what it is that you know, the confidence that you attach to what you know.

“But most important for an intelligence officer is what you do not know, and briefing President Obama, President Bush, and others. I’d talk to him about what it is we know, reporting our confidence in our assessments and analysis, but I always made a point of saying that we don’t know this and we’re unsure of this, and we may have the opportunity to learn about this, but we’re not going to be able to find out about this before it happens.” [emphasis added]

Brennan said he suspects the ability to admit when you don’t know something is more important today than ever before:

“One’s wisdom is understanding exactly how limited one’s knowledge is in this world, where there’s just been an explosion in information, which is maybe more challenging now because of social media and fake news and all the stuff that’s out there separating the wheat from the chaff.”