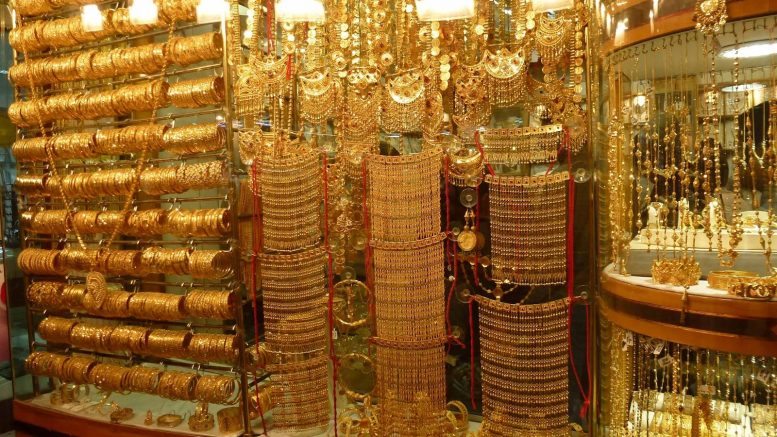 Technocracy is clamping down on India by first removing cash from society and then limiting gold ownership to only small amounts of personal jewelry. Once the cashless transformation has been completed, it will spread to other major nations, preparing the way for an energy based monetary system to emerge. ⁃ TN Editor

Jayant Bhandari warns “there are clear signs that in a very convoluted way, possession of gold for investment purposes will be made illegal” as he discusses India’s attempts to create a cashless society (and consequences of it) and why precious metals and geographical diversification are the most viable options investors around the world, not just India, should be taking.

As Jayant detailed previously, expect a continuation of new social engineering notifications, each sabotaging wealth-creation, confiscating people’s wealth, and tyrannizing those who refuse to be a part of the herd, in the process destroying the very backbone of the economy and civilization.

Assaults on people’s private property and the integrity of their homes through tax-raids continue. In a recent notification, government has made it clear that any ownership of jewelry above 500 grams of gold per married woman will be put under the microscopic scrutiny of tax authorities.

Steep taxes and penalties will be imposed on those who cannot prove the source of their gold. In India’s Orwellian new-speak this means that because bullion has not been explicitly mentioned, its ownership will be deemed to be illegal. Courts will do what Modi wants. Huge bribes will have to be paid.

Sane people are of course cleaning up their bank lockers. The secondary consequence of this will be a steep increase in unreported crimes, for people will be afraid of going to the police after a theft, fearing that the tax authorities will then ask questions. At the same time, the gold market has mostly gone underground, and apparently the volume of gold buying has gone up.

The salaried middle class is the consumption class, often heavily indebted. Poor people have limited amounts of gold. The government is merely doing what pleases the majority and their sense of envy, to the detriment of small businesses and savers. Now, the middle class is starting to face problems as well. This will worsen once the the impact of the destruction of small businesses becomes obvious.

India has always had a negative-yielding economy. It has suddenly become even more negative-yielding. Business risk has gone through the roof. Savers will be victimized. It is because of negative yields that Indian savers buy gold. They will buy more going forward.

Sane Indians should stay a step ahead of their rapacious government and the evolving totalitarian society, which are less and less inhibited by any institutions or values in support of liberty.

A Well-Kept Open Secret: Washington Is Behind India’s Brutal Experiment of Abolishing Most Cash