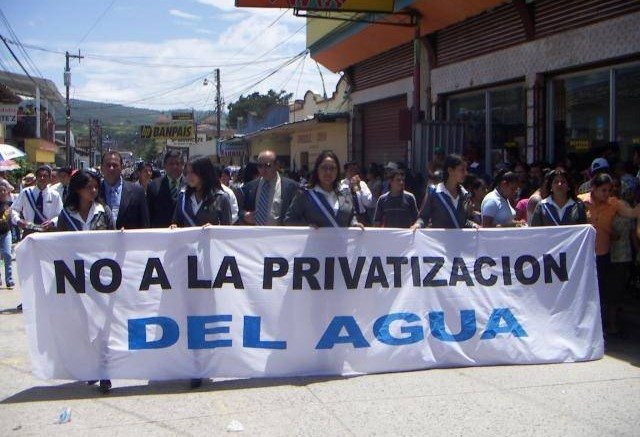 TN Note: A major tenet of Sustainable Development and Agenda 21 is the privatization of government assets. This could be a water system, office buildings, a utility company or a service such as the private operation of a prison. The experience around the world is that Privatization invariable raises costs to the citizen-consumer while providing significant profits for the commercial operator. In many countries, privatization has been banned after repeated abuse.

Four years ago, Lee County began outsourcing some of its landscaping and maintenance work to private companies. It was touted as a cost-saving measure, much like all privatizing of government services are characterized.

But privatization of low-skilled and low-paying jobs has significant monetary and social costs and offers no benefit to the taxpayers. And indeed, costs the taxpayers more money than they save.

In a recent “Tell Mel” column by Melanie Payne, a Lee County spokesman said that over the past two fiscal years, county taxpayers saved $1.5 million by allowing private contractors to do the work the county once paid its own employees to do using county-owned equipment.

We contend the money didn’t go back in taxpayers’ pockets. Instead, the “savings” of privatizing will be an ongoing cost to taxpayers as workers whose jobs were outsourced are forced to access government programs and services to survive on a less than living wage.

Prior to privatization, workers who maintained vegetation on county roads received a living wage. They received paid days off for illness and holidays. They had paid vacations. They had health insurance. And they saved for retirement.

The contractors who bid on the county work couldn’t possibly offer the same level of pay and benefits to their workers that Lee County did. Instead, as workers contend in the Tell Mel column, they were paid just above minimum wage and often in cash. There were no benefits. And if they didn’t show up for some legitimate reason – if they were sick, for example — they weren’t paid.

As an example, let’s start with health insurance. Suppose one of the contractor’s workers gets the flu.  He feels it coming on but doesn’t want to miss work because he doesn’t have paid sick days. So he drags into work, does a poor job and infects his coworkers. After a day in the hot sun, he becomes dehydrated and goes to the emergency room of Lee Memorial where he gets IV fluids, gets better and leaves with a bill for $1,500.

If he had been a county worker, the illness could have been treated for a few dollars and couple of days in bed. Sure, we taxpayers would be paying $150 a day or so for him to lay around at home. But isn’t that better than the taxpayer-supported hospital getting stuck with a bill that will never be paid?

Unfortunately, the worker for the contractor is not the only one without health insurance. His kids don’t have it either as they would have had if their father’s grass-cutting job was a government job.