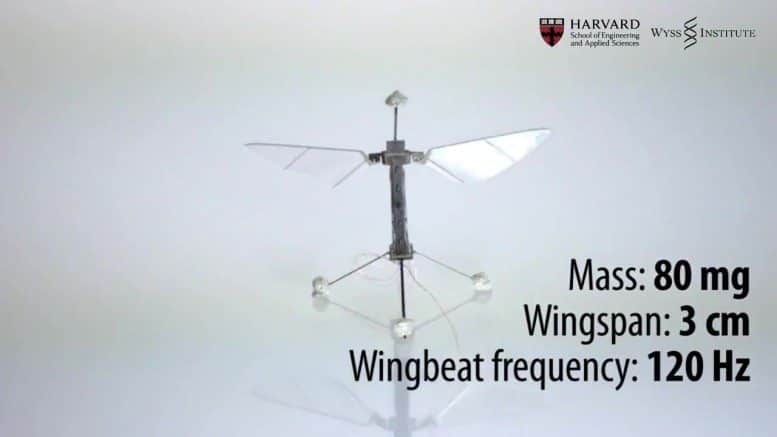 TN Note: Harvard University has its share of Technocrat-minded engineers and scientists who think their mission in life is to advance science for the sake of science. In other words, the means justifies the end. They can crow about how this device will be used for search and rescue or other benign tasks, but anyone with a brain can see that the only wide-spread use will be for surveillance of humans. Remember this week’s other headline involving Harvard: Why Did Harvard Scientists Hold A ‘Secret” Synthetic Genome Meeting?

A team of Harvard University researchers proved this axiom when they found the solution to extending tiny robot flight is by mimicking the way small bugs alight on walls and ceilings.

The applications for such a robot are wide-ranging, from small spying devices that can conduct surveillance missions while suspended from a ceiling to research drones that can allow scientists to take measurements where no other sensors can physically go.

For the typical drone, hovering can take just as much energy as flying. As long as the robot is in the air, it’s expending energy and running down its small battery capacity.

What researchers discovered, as reported in a new study published Thursday in the journalScience, is that tiny robots could save considerable energy if they simply landed and perched between jaunts, the way a bee or butterfly might land on the ceiling before taking off again.

While the scientists toyed with a number of different surface adhesion possibilities, the team finally settled on a unique combination of electrostatic material and foam to create a new kind of built-in robot landing pad.

The team built a bee-inspired micro aerial vehicle (MAV) robot and attached an electrostatic patch consisting of a carbon-fiber base, copper electrodes and a polyamide coating. It sits on a small foam cylinder.

When charged, the electrostatic plate can attach itself to almost any surface (wood, glass, organic material) that responds to static electricity (yes, the same stuff you build up when you rub a balloon on a wall or your feet on the carpet).

The chosen technology would work equally well on the ground or ceiling, said Robert Wood, a co-author of the new study, in an email to Mashable.

“But we felt that perching on an overhang is more challenging since you have to have an adhesive force to overcome gravity.”

The foam is there to help cushion the landing. Without it, the tiny robot — it has just a 3-centimeter wingspan — might just bounce off the surface.

By using electrostatic energy, the researchers significantly broadened the kinds of materials and situations in which the robot can land and then take off again.

During testing, the robot was tethered to a power source at all times, allowing researchers to remotely power the electro-static plate, and to circuitry that provided some pre-programmed flight control behaviors (hover, approach target, detach and hover).