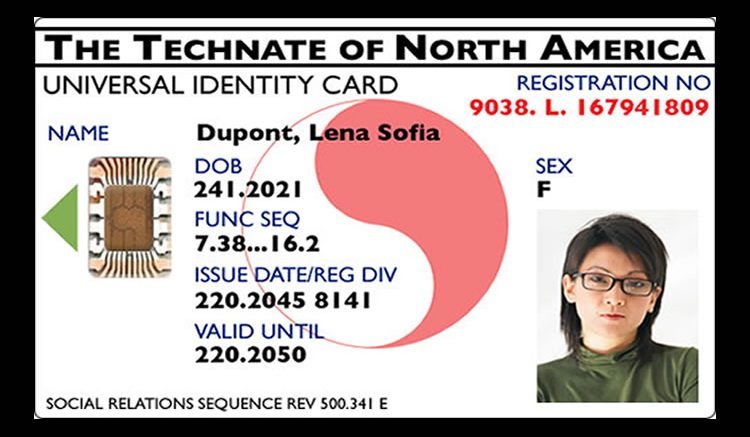 Please Share This Story!
PDF 📄
Excellent article on Technocracy from 2013, emphasizing the correct historical context and science fiction-ish nature. Read the original story to see all the related links, which are not produced here. ⁃ TN Editor

You used to hear the word “technocrat” a lot, referring to a particular kind of gadget-lover. Batman has been called a technocrat, and so have Tony Stark and the Doctor from Doctor Who. But what does this word mean, and why does it have the same suffix as “aristocrat”?

Before there was the term “technocrat,” there was the idea of “technocracy” — a system of governance where scientists and technical experts could hold sway. In the early 1920s, William Henry Smyth wrote a book called Technocracy, which advocates the fdormation of a National Council of Scientists, who could exert “control without control,” steering the economy and society without people realizing.

Smyth writes about the primitive side of humanity, represented by a couple named Irascible Strong and Trixie Cunning:

In the forest primeval, Irascible Strong, our semi-human first parent, promiscuously thrashed and smashed with his ragged tree-branch-club, joyously cracking skulls in his gory pursuit of grub and life interest; and Trixie, his less powerful and less ferocious, but more cunning mate (in her pursuit of life interest and grub), jolted his sluggard wits by her audaciously flirtatious actions; swiped some of his procurements; and in many other feminine ways acted most reprehensibly.

So it is today — merely modernized.

It’s this primitive nature of ours that needs to be controlled and shaped by those who know better, scientists and engineers.

A leading light of technocracy was Frederick Winslow Taylor, an industrial theorist who influenced both Henry Ford and Lenin with his idea about the “scientific management” of industry and workers. He helped shape the assembly line. 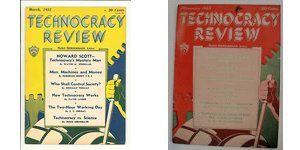 After the Great Depression, with the economy in shambles, technocracy seemed to offer a way to get things back on track — we could hand control over the economy to scientists, who would figure out how to run things smoothly. In 1933, famed science fiction editor Hugo Gernsback founded a magazine called Technocracy Review, which he advertised in the pages of Wonder Stories (opposite a short story called “The Robot Technocrat.”)

Plus by the 1930s, technocracy had gotten bound up with an economic scheme to value commodities according to the amount of energy they required to produce, rather than based on supply and demand. And Gernsback didn’t agree with that notion, not least because it might interfere with his own pursuit of wealth.

In the book Speaking Science Fiction, critic Farah Mendelson argues that Robert A. Heinlein’s famous story “The Roads Must Roll” is “startling in its unselfconscious advocacy of technocracy,” with its depiction of a massively competent hero facing off against a rabble of striking workers who are upsetting the perfect conveyer-belt world.

And meanwhile, Isaac Asimov’s famous idea of “psychohistory,” in which perfect knowledge of a system would allow you to predict and control it in the long run, is inherently technocratic.

But in fact, most of the technocrats you meet in science fiction aren’t engaged in economic management at all — they’re simply using technology to have fantastic adventures.

Most of us who’ve consumed pop culture from the Cold War era have seen the word “technocrat” — but not describing someone who advocates a particular political viewpoint, at all. Rather, a technocrat is just someone who’s super-competent, and loves gadgets and fancy devices.

In fact, as American technology became ascendant, the super-competent science nerd (and “organization man”) became science fiction’s spirit animal. As David Samuelson notes in his article on Robert Heinlein in the book Voices for the Future, “Tied to the most part to American values, science fiction writers have portrayed the active man, the adventurer, taking practical advantage of science and technology in order to make his dreams come true, sometimes to the extreme disadvantage of other people.”

Famed editor John W. Campbell filled his stories with the figure of “the technocrat who is prepared to engineer solutions that are ‘brave’ enough to displace liberal or humanitarian concerns to engineer species survival,” writes Roger Luckhurst in his history of science fiction. This was “the figure that Campbell as editor helped place at the heart of works by Robert A. Heinlein, Isaac Asimov, and A.E. Van Vogt.”

he Cold War era gives us Tony Stark, the industrialist who invents the Iron Man armor in a cave, plus a more gadget-focused version of Batman. It also gives us spy thrillers like The Man from U.N.C.L.E., James Bond and Mission: Impossible, in which powerful organizations entrust impossible missions to ridiculously competent people who are armed with a handful of awesome devices.

These people are “technocrats” in the sense of loving technology and using cleverness to solve problems — but you couldn’t imagine Tony Stark or James Bond advocating scientific control over the economy.

Technocracy and its discontents

At some point, science fiction’s view of the heroic technocrat seems to become less uncritical, reflecting a general discomfort with some aspects of technology and industrialization.

Two different essays point to William Gibson’s landmark cyberpunk novel Neuromancer, in particular, as being critical of the idea of technocrats running everything. In the book Tech Anxiety, Christopher A. Sims says the reason why Peter Riviera is a “sick fuck” (as Molly calls him) is because he raises the possibility that technology will empower psychotic technocrats to control us all.

In an essay the book Fiction 2000: Cyberpunk and the Future of Narrative, John Huntington writes:

In Neuromancer we are seeing evidence of a new, perhaps the final, stage in the trajectory of SF. If we contrast Gibson’s book with the products of the genre forty years ago, we see a significant change in the role of the accomplished technocrat. The heroes of writers such as Heinlein or Asimov used their managerial competence to dominate their worlds. Even Van Vogt’s paranoid vision allowed for mastery and triumph at the end. By contrast, Case and Robin do not dominate their world. If they pull off a caper, it is according to someone else’s plan, and its consequences are not what they expected. Of course, Neuromancer is by no means new in its doubts about the social efficacy of technological mastery. The technological optimism of Golden Age SF had begun to disintegrate as early as the 1950s, and by the 1960s the new wave had challenged the dominant faith in technological solutions and tended to see us all as victims of the technocratic system.

And Paul Cantor argues, in his book The Invisible Hand in Popular Culture, that a lot of TV and movie science fiction of the past 20 years has been about rejecting the influence of technocrats. Shows like X-Files, Fringe and V use aliens and visitors from the future to talk about our fear of being controlled by people with superior command of science and tech.

Return of the Technocrats

In the past five years, as the global economy has melted down to the greatest extent since the 1930s, the notion of the heroic technocrat made a slight — but only a slight — comeback. The ailing economies of Greece and Italy were taken over by people who were described as technocrats in countless articles, with the idea that the Euro could be saved by clever management, and maybe slightly less democracy. Also, Egypt formed “a government of technocrats.”

Responding to this short-lived craze, Slate wrote an explainer, which said:

The word technocrat derives from the Greek tekhne, meaning skill or craft, and an expert in a field like economics can be as much a technocrat as one in a field more commonly thought to be technological (like robotics). Both Papademos and Monti hold advanced degrees in economics, and have each held appointments at government institutions.

The word technocrat can also refer to an advocate of a form of government in which experts preside. The notion of a technocracy remains mostly hypothetical, though some nations have been considered as such in the sense of being governed primarily by technical experts. Historian Walter A. McDougall argued that the Soviet Union was the world’s first technocracy, and indeed its Politburo included an unusually high proportion of engineers.

And meanwhile, Facebook’s Mark Zuckerberg tried to start a new lobbying organization for Silicon Valley, which was billed as a way to change Washington, DC’s dysfunctional style of politics — and also described as a failed attempt at technocracy, in the 1930s sense of the term.

So the notion of “technocrats” holding sway, either in economics or in scientific fields, hasn’t entirely gone away — in fact, Tesla’s Elon Musk could be described as technocrat. And in pop culture, Tony Stark has had a wee bit of a comeback lately.

Why doesn’t anyone ever mention Jacques Ellul? Wasn’t he the real person responsible for acknowledging technocracy and its negative impacts way back in the 1950’s? Surely he should be credited for his book The Technological Society. Am I wromg?

Is There No End To The Madness? - Redoubt News

[…] is unlikely that these technocrats have any deep religious belief, but instead life’s guidance can be laid out in a set of rules […]

Is There No End To The Madness? – Gem State Patriot News

[…] world should no longer be multi-cultural but rather of one culture. It is unlikely that these technocrats have any deep religious belief, but instead life’s guidance can be laid out in a set of rules […]