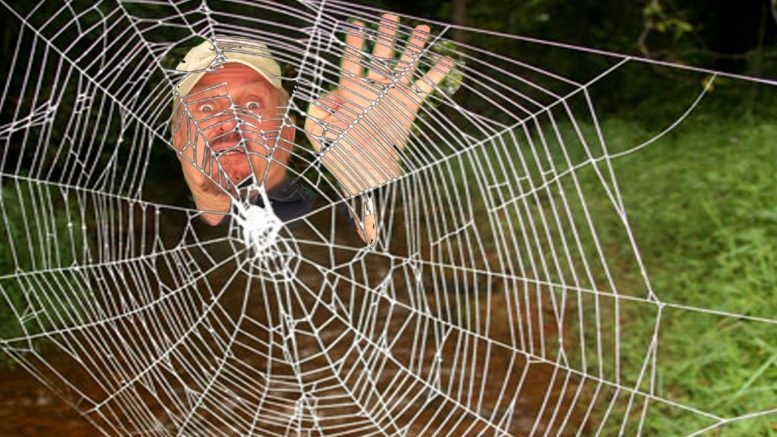 Human and machine connectivity are set to become ubiquitous and unavoidable, but machines are controlled by others, leading to autocratic Scientific Dictatorship. Society does not understand the grave danger that awaits it. ⁃ TN Editor

After a long day, many of us try to set down our technology and unplug from the world around us. But, according to a new report by the Pew Research Center and Elon University’s Imagining the Internet Center, over the next few years, that will become much more difficult to do.

Almost half of the world’s population is connected online. And technology is constantly looming in our lives: the Nest thermostat regulates our household temperature, a camera watches our dogs, our health is constantly monitored, and technology keeps our houses safe when we’re at work.

The Internet of things will continue to spread between now and 2026, until human and machine connectivity becomes ubiquitous and unavoidably present, according to experts who participated in what Pew described as a “nonscientific canvassing.”

About 1,200 participants were asked: “As automobiles, medical devices, smart TVs, manufacturing equipment and other tools and infrastructure are networked, is it likely that attacks, hacks or ransomware concerns in the next decade will cause significant numbers of people to decide to disconnect, or will the trend toward greater connectivity of objects and people continue unabated?”

Unplugging is futile, and plugging in is unavoidable.

It’s already difficult to create distance from the technology that surrounds us, but as connectivity increases, it might become impossible to do so.

Marti Hearst, a professor at the University of California, Berkeley, says just that.

“People’s businesses, homes, cars and even their clothing will be monitoring their every move, and potentially even their thoughts,” she says. “Connected cities will track where and when people walk, initially to light their way, but eventually to monitor what they do and say. The walls of businesses will have tiny sensors embedded in them, initially to monitor for toxins and earthquakes, and eventually to monitor for intruders and company secrets being shared. People currently strap monitors on their bodies to tell them how many steps they take. Eventually, all fluids in and out of bodies will be monitored and recorded. Opting out will be out of the ordinary and hugely inconvenient, just as not carrying a mobile device and not using a fast pass on the highway are today.”

So once people are involved in the system, it’s hard to get out of it. What if they didn’t get involved at all?

Judith Donath of Harvard University’s Berkman Klein Center for Internet & Society says that isn’t actually a choice you get.

“People will move more deeply into connected life — and they also will be moved there whether they want to be or not,” she says. “The connection of the physical world to information networks enables the collection of an unimaginably vast amount of data about each of us, making it possible to closely model how we think and to devise increasingly effective ways of influencing how we act and what we believe. Attaining this ability is extraordinarily valuable to anyone with something to sell or promote.”

People crave connection and convenience over all else, and modern-day technology serves this well.

People are used to risk, and most people believe bad things won’t happen to them anyway.

David Clark, a senior research scientist at MIT and Internet Hall of Fame member, says: “Unless we have a disaster that triggers a major shift in usage, the convenience and benefits of connectivity will continue to attract users. Evidence suggests that people value convenience today over possible future negative outcomes.”

What about technology hacks, like WannaCry and the Mirai bot?

Robert Atkinson, the president of the Information Technology and Innovation Foundation, says it probably won’t bother users as much as you might expect.

“Most adults in the U.S. drive cars even though it entails risks,” he says. “Most adults will use IoT devices even though they involve risks because the benefits will vastly outweigh any potential risks. Moreover, as IoT progresses security will improve.”

The Internet of things might become safer over time.

Many of the experts surveyed noticed that the Internet of things isn’t particularly safe as-is, but will become safer as more people become aware of the issues.

Amy Webb, futurist and CEO at the Future Today Institute, writes: “Technology can be like junk food. We’ll consume it, even when we know it’s bad for us. There is no silver bullet. The only way to effectively prevent against malware and data breaches is to stay continually vigilant. To borrow an analogy from ‘Game of Thrones,’ we need a ‘Night’s Watch’ for security.

Because when it comes to the Internet of Things and data breaches, ‘winter is coming.’

Organizations must hire enough knowledgeable staff to monitor and adjust systems, and to empower them to keep pace with hackers. IT and security staff must be willing to educate themselves, to admit when they need help and to demand that executives make decisions proactively.”