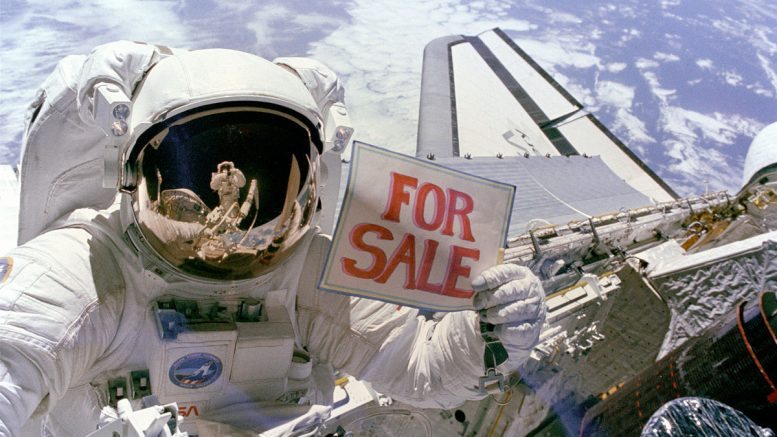 Technocrats and Transhumans alike see the future of man in the galaxies, rather than on earth. Both Bezos and Elon Musk, among other tech elites, want to colonize the moon as well as Mars. ⁃ TN Editor

Looking to start space-tourism flights in 2018 that he predicts will open the floodgates for a new breed of entrepreneurs,  Amazon.com CEO Jeff Bezos said in some years he has personally invested up to $1 billion to further those goals.

Flanked by a New Shepard rocket featuring the telltale scorch marks of multiple flights, Mr. Bezos appeared before a gaggle of reporters during a conference here Wednesday to lay out his vision for Blue Origin LLC, the company he founded more than a decade ago to lower launch costs and make reusable rockets a reality.

He said he was “hopeful” that Blue Origin will begin offering trips for paying customers next year, adding that “I’m super optimistic” there will be a large market for such 11-minute thrill rides in a fully automated capsule offering views of the earth from the edge of space. Blue Origin hasn’t yet set a price or begun marketing efforts.

But in his remarks, the often secretive Amazon chairman also laid out a much broader, longer-term vision of how Blue Origin’s accomplishments so far and its plans for the future are poised to usher in a “golden age of space exploration.”

Spurred by dramatic drops in the cost of access to space—which he predicted ultimately could be one-hundredth of current prices—he said “you will be living in a completely new world” that will “help open the gateway to this new generation of people” eager to start businesses involving space.