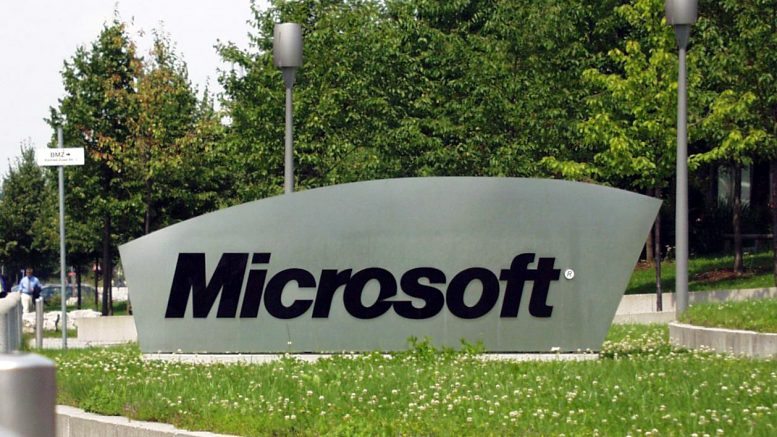 Whether you want it or not, AI is going to assimilate you into a new paradigm of personal management and control. This is the first step toward merging humanity with machines. Huxley’s Brave New World is a timely read. ⁃ TN Editor

“We want to bring intelligence to everything, to everywhere, and for everyone,” Microsoft CEO Satya Nadella told developers earlier this year.

Artificial intelligence has been the company’s touchstone technology since Cortana, Microsoft’s virtual personal assistant was added to Windows more than a year ago. Since then, Microsoft has released a deluge of AI-bolstered features in its operating system and standalone software.

Skype is augmented with real-time translation. You can talk to bots built on Microsoft software on nearly any messaging platform, and a suite of tools for developers mean the apps you use every day can be configured to call a Microsoft server to identify a face in an image or run speech recognition.

The mission is clear: if there’s success to be had with any kind of AI, Microsoft wants to be there.

And then yesterday, at an intimate press gathering in San Francisco, Microsoft’s AI parade continued! The company announced:

It’s a dizzying amount of announcements, especially as they weren’t revealed at one of Microsoft’s large product events. But the mission is clear: if there’s success to be had with any kind of AI, Microsoft wants to be there, and is just as happy copying an existing product (x.ai, Amazon Echo) or leading the pack (real-time translation).

For you, Microsoft’s precious consumer, this strategy fundamentally changes what it means to use the Windows operating system or any Microsoft software. You can look forward to living a life in constant conversation with your gadgets.

You’ll be able to chat with bots throughout the day via Kik, Skype or Facebook Messenger for customer service, ask your Cortana-enabled speaker to turn on your lights, and then to tell you if it scheduled plans for you tonight. Rather than navigating densely-packed menus dripping with options for customization, you can ask questions and trust the virtual assistant to lead you to whatever task you want to accomplish.

Microsoft has coined its own term for this: conversational computing. The company sees this shift to be as large as personal or mobile computing, a spokesperson told Quartz.

For some people this isn’t a bad thing—one user spent 9 hours and 53 minutes in one day actively talking with Zo, the company’s latest AI-powered chatbot, going back and forth 1229 times. Nadella said in June that 100 million people use Cortana per month, and estimates say 25 percent of searches in the Windows 10 taskbar are done by voice.

The artificial intelligence and machine learning Nadella talks about also requires massive amounts of data to be collected so that system can understand your schedule or learn your voice. Microsoft has been working on ways to maximize the privacy of user data (and patient data for its AI work in the medical field), but those efforts are limited by the volume of data required by the machine to learn.

Microsoft’s bet on AI isn’t really for consumers today, but consumers next year, five years from now and 10 years from that. Nadella uses the analogy of Gutenberg’s printing press to explain how he sees the technology. He says before the printing press, the world had about 30,000 books.

“And 50 years after the printing press, we had 12 million books. It changed how humans both created information and used information,” Nadella said.