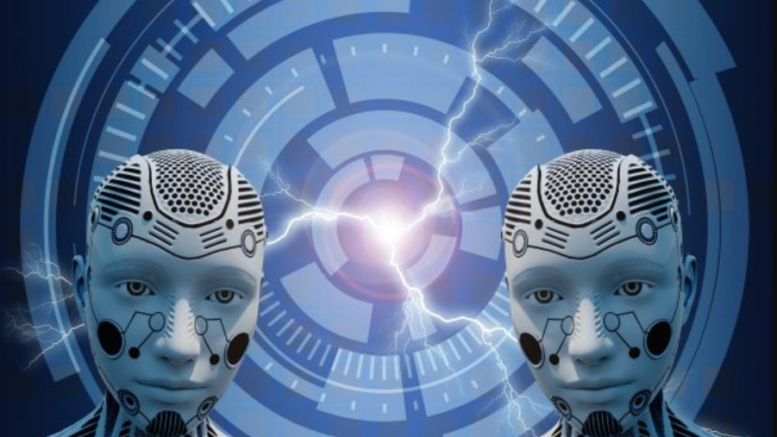 Please Share This Story!
PDF 📄
Machine automation is driving down the value of human labor, and humans cannot possibly “compete” their way out of it. Lower skilled workers feel the pain first as their jobs are most easily automated.

Presidential candidate and Technocrat Andrew Yang is the only politician talking about Universal Basic Income as a means to pacify the growing class of “unemployables” who may never see work again. This is not welfare or unemployment payments, but rather outright support for the rest of your life. Once locked into this class, it will be virtually impossible to ever rise above it. ⁃ TN Editor

When we get to a point where literally just about everything can be done more cheaply and more efficiently by robots, the elite won’t have any use for the rest of us at all. For most of human history, the wealthy have needed the poor to do the work that is necessary to run their businesses and make them even wealthier. In this day and age we like to call ourselves “employees”, but in reality we are their servants. Some of us may be more well paid than others, but the vast majority of us are expending our best years serving their enterprises so that we can pay the bills. Unfortunately, that paradigm is rapidly changing, and many of the jobs that humans are doing today will be done by robots in the not too distant future. In fact, millions of human workers have already been displaced, and as you will see below experts are warning that the job losses are likely to greatly accelerate in the years to come.

Competition with technology is one of the reasons why wage growth has been so stagnant over the past couple of decades. The only way it makes sense for an employer to hire you is if you can do a job less expensively than some form of technology can do it.

As a result, close to two-thirds of the jobs that have been created in the United States over the past couple of decades have been low wage jobs, and the middle class is being steadily hollowed out.

But as robots continue to become cheaper and more efficient, even our lowest paying jobs will be vanishing in enormous numbers.

For example, it is being reported that executives at Walmart plan to greatly increase the size of their “robot army”…

Walmart Inc.’s robot army is growing. The world’s largest retailer will add shelf-scanning robots to 650 more U.S. stores by the end of the summer, bringing its fleet to 1,000. The six-foot-tall Bossa Nova devices, equipped with 15 cameras each, roam aisles and send alerts to store employees’ handheld devices when items are out of stock, helping to solve a vexing problem that costs retailers nearly a trillion dollars annually, according to researcher IHL Group.

In addition to scanning shelves, Walmart already has a whole host of robots doing such things as scrubbing floors, unloading trucks and gathering grocery orders…

Meanwhile, Walmart has been testing “a new employee structure” which is intended to “cut down the size of its store management staff”…

Walmart is testing out a new employee structure within its stores in an attempt to cut down the size of its store management staff.

The nation’s biggest employer is looking to see if it can have fewer midlevel store managers overseeing workers, with these managers seeing both their responsibilities and their pay increase.

So the employees that survive will get a “pay increase” to go with a huge increase in responsibility, but what about all the others that are having their jobs eliminated?

Don’t worry, because in an interview about this new initiative one Walmart executive assured us that their employees “like smaller teams”…

“Associates like smaller teams, and they like having a connection with a leader. They want something they can own and to know if they are winning or losing every day. And today that does not always happen,” Drew Holler, U.S. senior vice president of associate experience, said in an interview.

Today, Wal-Mart is the largest employer in the United States by a wide margin.

But these coming changes will ultimately mean a lot more robot workers and a lot less human workers.

Of course countless other heartless corporations are implementing similar measures. And considering the fact that one recent survey found that 97 percent of U.S. CFOs believe that a recession is coming in 2020, we are likely to see a “thinning of the ranks” in company after company as this year rolls along.

Sadly, even if there was no economic downturn coming we would continue to lose jobs to robots. According to one study, a whopping 45 percent of our current jobs “can be automated”…

Here’s the truth: Robots are already starting to take jobs from hourly human workers, and it’s going to continue. Research from McKinsey found that 45% of current jobs can be automated. We need to stop avoiding the situation and create real solutions to help displaced workers.

In this day and age, no worker is safe.

I know someone that gave his heart and soul to a big corporation for many years, and then one day he was called into the office when he arrived for work and he was out of a job by lunch.

He hadn’t done anything wrong at all. It is just that his heartless corporate bosses had decided to eliminate his position throughout the entire company.

If you think that they actually care about you, then you are just fooling yourself.

Unfortunately, the job losses are just going to keep accelerating. In fact, it is being projected that approximately 20 million manufacturing jobs around the globe could be taken over by robots by the year 2030…

Robots could take over 20 million manufacturing jobs around the world by 2030, economists claimed Wednesday.

According to a new study from Oxford Economics, within the next 11 years there could be 14 million robots put to work in China alone.

And as wealthy executives lay off low wage workers in staggering numbers, that will make the growing gap between the rich and the poor even worse…

“As a result of robotization, tens of millions of jobs will be lost, especially in poorer local economies that rely on lower-skilled workers. This will therefore translate to an increase in income inequality,” the study’s authors said.

The good news is that the full extent of this ominous scenario is not likely to completely play out. The bad news is that this is because our society is rapidly moving toward complete and utter collapse.

I wish that there was an easy solution to this growing problem.

In a free market system, should anyone be trying to mandate that employers must hire human workers?

But if millions upon millions of men and women can’t feed their families because they don’t have jobs, that will create the sort of social nightmare that we cannot even imagine right now.

This is something that all of the 2020 presidential candidates should be talking about, because this is a crisis that is spinning out of control, and it is getting worse with each passing day.